Open Britain is British pro-European Union campaign group set up in the aftermath of the 2016 EU Referendum.[1]

Open Britain defines itself as campaigning for the United Kingdom to be open and inclusive, open for business, open to trade and investment, open to talent and hard work, open to Europe and to the world.[2] It is also campaigning for Britain to remain in the Single Market as part of the outcome of the Brexit negotiations.[3]

In October 2016, Open Britain launched a 'Write to Remain' letter-writing campaign directed at Theresa May asking her to guarantee the right of EU nationals to stay in the UK.[4]

The individuals involved in the campaign group include former Ministers Pat McFadden (Labour) and Norman Lamb (Liberal Democrat).[5] Conservatives Anna Soubry, Nicky Morgan, and Dominic Grieve cut their ties with Open Britain in April 2017 after it began to campaign against the re-election of anti-EU members of parliament, mostly Conservatives.[6]

Open Britain continues to campaign in collaboration with other major pro-European campaign groups such as Britain for Europe and European Movement UK. It joined People's Vote in April 2018 to campaign for another referendum.[7][8]

Open Britain Ltd started life in June 2015 as the Interim Campaign (company number 9641190) registered under the sole name of Laura Jane Sandys, a Conservative Party politician who served as the Member of Parliament for South Thanet between 2010 and 2015.

Weeks later, on 23rd July 2015, the Interim Campaign changed its company name to The In Campaign Ltd. During the referendum campaign of 2016, the Electoral Services Commission designated The In Campaign as the lead group for the 63 different groups and individuals registered to support Remain. (Leave had 60).

The In Campaign Ltd went through a further name change and rebranding on 6th September 2016 to become Open Britain Ltd (company number 9641190).

Nowhere on the Open Britain website does it mention its directors. You have to click on Companies House to find the following list of grey suited representatives of the Corporate Elite:

I also researched and found this: (Buenos Aires/Neuquén/Geneva – October 10, 2017) — A report presented to the United Nations Committee on Economic, Social and Cultural Rights (CESCR) highlights the adverse economic, social, and cultural rights impacts of fossil fuel extraction at the Vaca Muerta shale formation in Argentina on local residents and indigenous Mapuche communities. It also highlights the project’s massive contributions to climate change. If the Argentinian government’s plans for large-scale exploitation of the Vaca Muerta shale formation come to fruition, the country will significantly increase its greenhouse gas emissions and undermine the objectives of the Paris Climate Agreement.”

Sir Michael Rake, president of the CBI till 2015, also has other companies registered at Companies House, NewDay Ltd (credit cards) and MDVR Services (Michael Derek Vaughan Rake). I can't fathom what this company does.

The other 9 directors of Open Britain are:

I don't think I'm alone in thinking that these people's main concern would be stopping a socialist government. Leaving the EU will undoubtedly make it easier for a Corbyn-led Labour government to implement its brilliant policies from the 2017 election manifesto. These include not only redistribution of wealth from the few to the many, but also some great environmental policies, especially sustainable energy, public transport and insulation of homes. With less than 12 years to combat climate chaos, I believe our only hope is to have a General Election and elect a Labour government.

A People's Vote could jeopardise this, it is more likely to disengage millions ("what's the point in voting? They'll only change it later"), and the extreme right wing will capitalise and gain strength. The only winners will be the Tories, and we'll probably never get rid of them.

Maybe this is really what the organisers of the People's Vote want.[9] 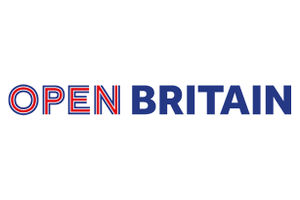