From 1981-87, Nevzlin was a software engineer at Zarubezhgeologia, an external trade organization of the Soviet Ministry of Geology. In 1987, he met Mikhail Khodorkovsky and became a Deputy Director at the Center for Scientific and Technical Creativity for Youth (MENATEP), attached to the Komsomol committee in Moscow's Frunzensky District.[1]

Nevzlin occupied various high-ranking positions at Group Menatep and its subsidiary, the Yukos Oil Company. In 2003, the Russian state expropriated Yukos and began a campaign of persecution against its executives. Nevzlin was tried in absentia in Russia in March 2008, found guilty of several counts of conspiracy to murder and sentenced to life imprisonment. In 2014, the Permanent Court of Arbitration ruled in favor of Nevzlin and other Yukos shareholders, calling the actions of the Russian state “a ruthless campaign to destroy Yukos and to expropriate its assets".

In May 2008 Israel’s Supreme Court found there was no evidence directly connecting Nevzlin to the criminal allegations made against him. The court rejected extradition and denied the motion to strip Nevzlin of his citizenship. Israel's interior minister and attorney general were ordered to pay Nevzlin’s court costs for this case.[2] 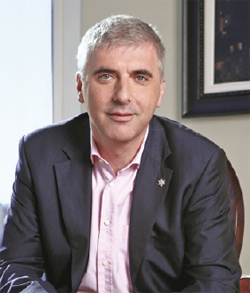