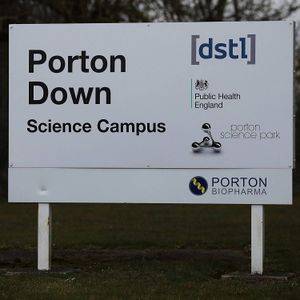 Porton Down is still the same damn place

“The men and women at Bletchley had no idea that in the Napoleonic Wars we had broken the French ciphers, any more than those people knew how ciphers had been cracked when we faced the threat from the Armada.

"There was absolutely no question of learning from experience. This repeats itself more in intelligence than in any other area because the experience is less well known, and much of it classified. That is why you get major policymakers whose abilities are adequate in other ways who do so badly in matters of intelligence.

"There is no profession that know so little about its own history as the intelligence community does.”

There is no do doubt whatsoever that Intelligence professionals should have a much better knowledge of their history as, now and then, they could use a few hints from past cases.

The comments from Professor Andrew are not without irony. Ten years ago, I wrote to a British scholar who specialises in the history of MI5. I strongly suggested to this professor that it was urgent to save all information regarding the Lockerbie Affair. The reply was direct. “There is no need for that. Nobody, absolutely nobody, cares about this old story.”

Well, never mind that the SCCRC has decided last year to conduct a full review of the Lockerbie case. A new trial is widely expected to quash the infamous Zeist verdict.

Today, although I am certainly not an expert in the Skripals’ investigation, I would like to tell you about two striking similarities between this case and the Lockerbie Affair. I will keep the post very short. Details and references can be added and discussed in following posts if necessary.

LOCKERBIE — For many months, a Germany-based terrorist cell was the prime focus of the Lockerbie investigators. Marwan Khreesat — the bomb maker of this organisation — had built five explosive devices. One was hidden inside a Toshiba cassette-recorder similar to the one that allegedly destroyed Pan Am 103.

According to Intelligence reports, Marwan Khreesat, Hafez Dalkamoni — the leader of the cell in Germany — and Ahmed Jibril — the head of the PFLP-GC — had repeated discussions about various methods to cover the smell of SEMTEX, the explosive used in these five radio-bombs as well as in the attack of Pan Am 103.

These events occurred in October 1988 and Pan Am 103 was downed on December 21 1988. At that time, only one company produced SEMTEX and terrorists like it very much because it was odourless. Chemicals were added after 1991 to give SEMTEX a distinct smell.

One of the first questions addressed to Dalkamoni after his arrest by the German police at the end of October 1988 was if he knew what SEMTEX smells like. He was quite surprised:

“Who do you take me for? I am an explosive professional. I know everything about explosives. Of course, SEMTEX is odourless.”

Today, we know that Khreesat was a CIA mole. Why did he made up all these stories about the smell of SEMTEX? Thirty years later, we still do not know.

SALISBURY — According to UK media, Charlie Rowley mentioned that the perfume that killed his girlfriend had an odd ammonia-type smell. Again, Novichok, like all nerve agents, is both tasteless and odourless.

And if you try to spin the story, you quickly run into troubles. Sure, ingredients could have been added. But, we have been told all along that the samples match exactly the Russian ‘secret’ formula.

SALISBURY — According to the official press release:

“On 4 May 2018, tests were carried out in the hotel room where the suspects had stayed. A number of samples were tested at DSTL at Porton Down. Two swabs showed contamination of Novichok at levels below that which would cause concern for public health. "A decision was made to take further samples from the room as a precautionary measure, including in the same areas originally tested, and all results came back negative. We believe the first process of taking swabs removed the contamination, so low were the traces of Novichok in the room.”

So, we must accept that residues of Novichok were present in the hotel room for two months, and then disappeared because of a couple of swabs? How often do they clean a hotel room in East London, where the “suspects” stayed before travelling to Salisbury?

LOCKERBIE — The Lockerbie trial statistics are impressive. The trial amassed 10,232 pages of evidence amounting to more than 3 million words. The court was shown 2,488 pieces of evidence and heard 229 prosecution witnesses. The trial cost £60 million.

One would therefore safely conclude that the evidence of SEMTEX in the bombing of Pan Am 103 is well established. One would be wrong! None of the important fragments — radio, timer and pieces of clothing surrounding the device — were actually tested for explosive residues.

Only one piece of debris (a beam from the luggage container) — out of 4 million pieces collected — indicated the presence of SEMTEX. When I first saw these data, I immediately understood that something was badly wrong.

The spectrum indicated that all kinds of explosive residues were present in the swabs. This is clearly nonsense as some of these explosives, such as TNT and SEMTEX components, do not mix. Obviously, this was a case of contamination.

Years later, we learned that the laboratory that had conducted these measurements was indeed totally contaminated. One could find explosive residues in the offices, in the library, in the restaurant, anywhere. Over the years, that laboratory has been renamed many times: RARDE, DERA, Dstl. Many names, but it is the same damn place.