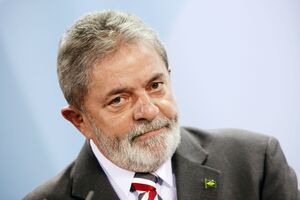 Today the only winner is the Brazilian people

★ Start a Discussion about this document
Brazil is back

It’s official: Lula has won. He has defeated incumbent Jair Bolsonaro to become the next President of Brazil.

This election is the world’s most significant of 2022 — and it is hard to overstate how fraught with danger the process has been. Bolsonaro and his supporters were relentless in their assault on the right to vote, from voter suppression to outright violence.

Days before the elections, Roberto Jefferson, a former federal deputy and self-professed personal friend of Bolsonaro, threw grenades and open fired on police claiming that he would “not surrender” to the tyranny of Brazil’s Supreme Court. Congresswoman Carla Zambelli, also a Bolsonaro ally, pulled a gun in central São Paulo down the street from the Lula rally the day before polling day.

On election day, reports of federal highway police blocking roads and conducting unwarranted vehicle searches in Lula’s bases of support areas across Brazil were heard — yet the Chief Justice of Brazil’s Supreme Electoral Court declined to take any substantive action.

It is no surprise then that some of Lula’s first words after the victory were, "We didn't just defeat a candidate, we defeated the machinery of the Brazilian state.”

That is why the Progressive International was in Brazil. For more than a year, the world has been wary of a coup in Brazil as Bolsonaro repeatedly indicated that he would not accept a loss. With Brazilian democracy itself on the line, Brazil’s largest trade union federation and PI member, the Unified Workers' Central (CUT), invited the PI to bring the eyes of the world to the election and help defend democracy.

This victory is historic. This election result is a demonstration of the determination of progressive forces in Brazil to reclaim their democracy against all odds. And forces of the right world over — corporations, big polluters, and the imperialist interests that helped unseat Lula during his last presidency — should be afraid.

In his speech as President-elect, Lula immediately championed urgent action against the climate emergency, indigenous justice, and internationalism. “Brazil and the planet need a living Amazon; a standing tree is worth more than tons of illegally extracted timber, a river of clean water is worth more than all the gold extracted at the cost of mercury that kills the fauna and puts human life at risk…When an Indigenous child dies because of the greed of predators, a part of humanity dies with it.” And he spoke firmly against the new Cold War that is threatening humanity. “We will not accept a new Cold War between the United States and China. We will have relations with everyone,” he said.

By defeating the far right, the largest country the region has become the final piece in what some are calling a second Pink Tide — an alliance of progressive Latin American governments and the working classes to end poverty, combat climate change, deepen regional integration, and build a new, fairer economic order. Brazil has brought hope to all of us contending with monsters around the globe.

“We defeated authoritarianism and fascism in this country. Democracy is back in Brazil,” said Lula. Today, Progressive International congratulates our friends, allies, and comrades in Brazil and celebrates the founding of a new, internationalist Brazil.[1]