Christopher John Boyce, aged 21, was a code clerk employed with TRW (a large US PMC) where he had access to classified information. After receiving misdirected documents that exposed the 1975 Australian coup he "went off on a one-man war against the intelligence community"[1], began stealing classified documents and leaking them to the Soviet Union. He was arrested in 1977 and sentenced to 40 years. He escaped in 1980, and robbed banks until he was recaptured in 1981. He was released from prison in 2002.

Christopher Boyce's father was Charles Eugene Boyce, a former FBI agent[2] who was Director of Security at McDonnell Douglas in 1974.

In 1974, Christopher Boyce was hired by TRW, after intervention by his father.[2] Within months, although aged only 21, he had been promoted to a highly sensitive position in TRW's "Black Vault" (the classified communications centre that held communications with CIA headquarters in Langley) with a top secret security clearance. He worked with National Reconnaissance Office transmissions.

"Shocked" at the deception he uncovered, as a 2013 Wired article puts it "He embarked on a personal mission to damage the U.S. defense and intelligence complex, supplying classified crypto keys and and detailed specifications of the latest US spy satellites to his friend Andrew Daulton Lee, who in turn took the information to Mexico and sold it to the KGB."[1] 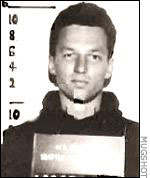 After a high publicity lawsuit, released a bestselling book about the exploits of The Falcon and The Snowman (himself and co-defendant, Andrew Daulton Lee. He was sentenced to 40 years for espionage. 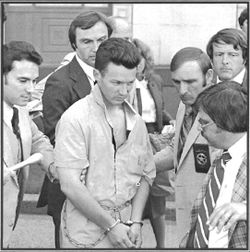 On January 21, 1980, when Christopher Boyce, with the help of fellow inmates, hid in a drainage hole, used a makeshift ladder and tin snips to cut through a barbed wire perimeter to escape from prison. On the run, he robbed 17 banks in Idaho and Washington State before being recaptured by the US Marshal service in August 1981 after the "most extensive and complex manhunt in the history of the Service]] in the 1980's."[3]

A 2014 article quoted Boyce stating that "Our civil liberties are being trashed, and I’m really glad that Snowden and Manning have released these things. I think Snowden's a very brave man. I think he's kind of a hero, and the volume of things that he's revealed just astounds me."[5]