The Rhenish Friedrich Wilhelm University of Bonn (Rheinische Friedrich-Wilhelms-Universität Bonn) is a public research university located in Bonn, North Rhine-Westphalia, Germany. It was founded in its present form as the Rhein-Universität (Rhine University) on 18 October 1818 by Frederick William III, as the linear successor of the Kurkölnische Akademie Bonn (Academy of the Prince-elector of Cologne) which was founded in 1777. The University of Bonn offers many undergraduate and graduate programs in a range of subjects and has 544 professors. Its library holds more than five million volumes.

Due to its location in the old West German capital Bonn, it has significant ties to the intelligence community, and to the diplomatic and government sectors.

The Electoral Palace, the main building of the University of Bonn

The university's forerunner was the Kurkölnische Akademie Bonn (English: Academy of the Prince-elector of Cologne) which was founded in 1777 by Maximilian Frederick of Königsegg-Rothenfels, the prince-elector of Cologne. In the spirit of the Enlightenment the new academy was nonsectarian. The academy had schools for theology, law, pharmacy and general studies. In 1784 Emperor Joseph II granted the academy the right to award academic degrees (Licentiat and Ph.D.), turning the academy into a university. The academy was closed in 1798 after the left bank of the Rhine was occupied by France during the French Revolutionary Wars.

The Rhineland became a part of Prussia in 1815 as a result of the Congress of Vienna. King Frederick William III of Prussia thereafter decreed the establishment of a new university in the new province (German: den aus Landesväterlicher Fürsorge für ihr Bestes gefaßten Entschluß, in Unsern Rheinlanden eine Universität zu errichten) on 18 October 1818. At this time there was no university in the Rhineland, as all three universities that existed until the end of the 18th century were closed as a result of the French occupation. The Kurkölnische Akademie Bonn was one of these three universities. The other two were the Roman Catholic University of Cologne and the Protestant University of Duisburg. 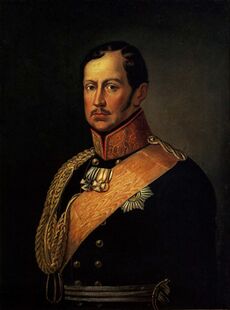 The new Rhine University (German: Rhein-Universität) was then founded on 18 October 1818 by Frederick William III. It was the sixth Prussian University, founded after the universities in Greifswald, Berlin, Königsberg, Halle and Breslau. The new university was equally shared between the two Christian denominations. This was one of the reasons why Bonn, with its tradition of a nonsectarian university, was chosen over Cologne and Duisburg. Apart from a school of Roman Catholic theology and a school of Protestant theology, the university had schools for medicine, law and philosophy. Initially 35 professors and eight adjunct professors were teaching in Bonn.

Only one year after the inception of the Rhein University the dramatist August von Kotzebue was murdered by Karl Ludwig Sand, a student at the University of Jena. The Carlsbad Decrees, introduced on 20 September 1819 led to a general crackdown on universities, the dissolution of the Burschenschaften and the introduction of censorship laws. One victim was the author and poet Ernst Moritz Arndt, who, freshly appointed university professor in Bonn, was banned from teaching. Only after the death of Frederick William III in 1840 was he reinstated in his professorship. Another consequence of the Carlsbad Decrees was the refusal by Frederick William III to confer the chain of office, the official seal and an official name to the new university. The Rhine University was thus nameless until 1840, when the new King of Prussia, Frederick William IV gave it the official name Rheinische Friedrich-Wilhelms-Universität. (This last sentence conflicts with pg. 176 of "Die Preussischen Universitäten", which states a cabinet order on 28 June 1828 gave the university the following name: Rheinische Friedrich-Wilhelms Universität.[1]) 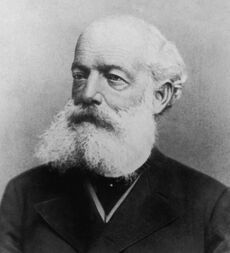 Despite these problems, the university grew and attracted famous scholars and students. At the end of the 19th century the university was also known as the Prinzenuniversität (English:Princes' university), as many of the sons of the king of Prussia studied here. In 1900, the university had 68 chairs, 23 adjunct chairs, two honorary professors, 57 Privatdozenten and six lecturers. Since 1896, women were allowed to attend classes as guest auditors at universities in Prussia. In 1908 the University of Bonn became fully coeducational.

The growth of the university came to a halt with World War I. Financial and economic problems in Germany in the aftermath of the war resulted in reduced government funding for the university. The University of Bonn responded by trying to find private and industrial sponsors. In 1930 the university adopted a new constitution. For the first time students were allowed to participate in the self-governing university administration. To that effect the student council Astag (German: Allgemeine Studentische Arbeitsgemeinschaft) was founded in the same year. Members of the student council were elected in a secret ballot.

After the Nazi takeover of power in 1933, the Gleichschaltung transformed the university into a Nazi educational institution. According to the Führerprinzip the autonomous and self-governening administration of the university was replaced by a hierarchy of leaders resembling the military, with the university president being subordinate to the ministry of education. Jewish professors and students and political opponents were ostracized and expelled from the university. The theologian Karl Barth was forced to resign and to emigrate to Switzerland for refusing to swear an oath to Hitler. The Jewish mathematician Felix Hausdorff was expelled from the university in 1935 and committed suicide after learning about his impending deportation to a concentration camp in 1942. The philosophers Paul Ludwig Landsberg and Johannes Maria Verweyen were deported and died in concentration camps. In 1937 Thomas Mann was deprived of his honorary doctorate. His honorary degree was restored in 1946.

During the second World War the university suffered heavy damage. An air raid on 18 October 1944 destroyed the main building.[citation needed]

The university greatly expanded in the postwar period, in particular in the 1960s and 1970s. Significant events of the postwar era were the relocation of the university hospital from the city center to the Venusberg in 1949, the opening of the new university library in 1960 and the opening of a new building, the Juridicum, for the School of Law and Economics in 1967.

In 1980 the Pedagogigal University Bonn was merged into the University of Bonn, although eventually all the teachers education programs were closed in 2007. In 1983 the new science library was opened. In 1989 Wolfgang Paul was awarded the Nobel Prize in Physics. Three years later Reinhard Selten was awarded the Nobel Prize in Economics. The decision of the German government to move the capital from Bonn to Berlin after the reunification in 1991 resulted in generous compensation for the city of Bonn. The compensation package included three new research institutes affiliated or closely collaborating with the university, thus significantly enhancing the research profile of the University of Bonn.

In the 2000s the university implemented the Bologna process and replaced the traditional Diplom and Magister programs with Bachelor and Master programs. This process was completed by 2007.[2]