The 2021 Dutch General election was held in the Netherlands from 15 to 17 March 2021 to elect all 150 members of the Dutch House of Representatives.[1] 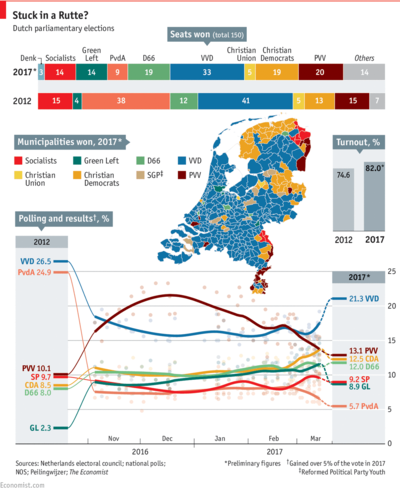 Officially, the 3rd Rutte government fell because of the exposure of the Dutch Child Benefits scandal. Many scholars and political commentators however opted the moment to fell was planned up to 2 years in advance, something confirmed by notes made public of the weekly meeting of ministers.[2]

A record number of 89 parties registered with the Electoral Council in order to compete in the election.[3] Most parties, however, did not achieve (nationwide) ballot access, as they were not able to pay the €11,250 deposit and/or did not receive enough political endorsements (30 for each of the 19 electoral districts in the European Netherlands, and 10 for the Caribbean Netherlands.

Like in many countries with proportional representation, Dutch parties are bound by the method of electing the MPs to let go of a lot of their policies in their coalition forming, even if not controlled by any hidden interests. The main contenders were Mark Rutte, Sigrid Kaag, Wopke Hoekstra & Geert Wilders. Corporate international media presented the race as a two-horse between Wilders and Rutte.

The election had originally been scheduled to take place on 17 March. However, due to the COVID-19 pandemic, the government decided to open some polling stations two days in advance to ensure safe voting for elderly and immunocompromised citizens.[1][4] Citizens aged 70 years or older were also given the opportunity to vote by post.[1]

Pursuant to articles C.1, C.2 and C.3 of the electoral law, elections for the House of Representatives take place every four years in March. The 150 members of the House of Representatives are elected by open list proportional representation. The number of seats per list is determined using the D'Hondt method, effectively resulting in an electoral threshold of 1/150th (0.67%) of votes to secure a seat. Voters have the option to cast a preferential vote. The seats won by a list are first allocated to the candidates who, in preferential votes, have received at least 25 percent of the number of votes needed for one seat (effectively 0.17% of the total votes), regardless of their placement on the electoral list. If multiple candidates from a list pass this threshold, their ordering is determined based on the number of votes received. Any remaining seats are allocated to candidates according to their placement on the electoral list.[5] 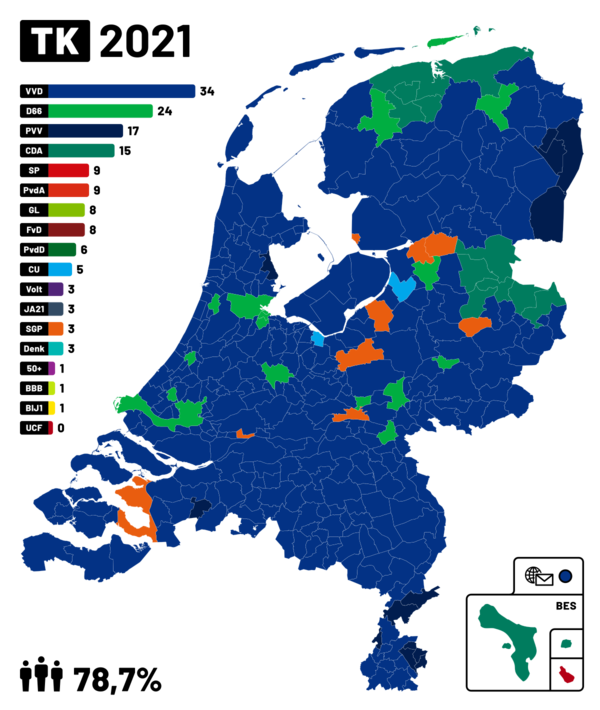