Perpetual war is war without end. The tactic is depicted by George Orwell in his dystopian novel, Nineteen Eighty-Four. The US deep state has sought to use the events of September 11, 2001 as a means to promote the concept.[1]

One of the purposes of the events of 9-11 was to promote the "war on terrorism", a perpetual war. On September 20th, 2001, George W. Bush stated that the war “will not end until every terrorist group of global reach has been found, stopped and defeated.” In the same speech, he later said that this war is “a task that does not end.”[1] 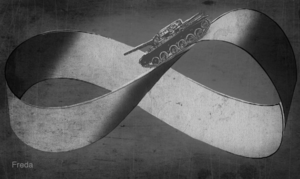