Roman Abramovich is a Russian billionaire.[1]

Abramovich got very rich in Russia during the 1990s, during which time he set up and liquidated at least 20 companies.

In 2011, Boris Berezovsky brought a UK legal case against Abramovitch, claiming that Abramovitch had promised to give him half the profits generated by Sibneft, a Russian oil company. In 2001, he alleged that he was forced to sell his stake in the company because of threats made by Abramovich when Vladimir Putin's government came into power. Jonathan Sumption successfully defended Abramovitch. Katherine Horton attended the proceedings "as part of her systems analysis research into the English legal system" whom she reports began "stalking" her.[2] 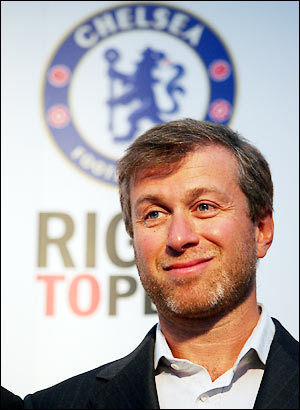 +
Has image2
File:Roman Abramovich.jpg +
Has imdb
https://www.imdb.com/name/nm2281792/ +
Has nationality
Russian +
Has nndb
https://www.nndb.com/people/979/000161496/ +
Has noRatings
0 +
Has objectClass
Person +
Has objectClass2
Person +
Has posting
Governor of Chukotka +
Has revisionSize
1,615 +
Has revisionUser
Robin +
Has spouse
Olga Lysova +
Has wikipediaPage
https://en.wikipedia.org/wiki/Roman Abramovich +
Has wikipediaPage2
https://en.wikipedia.org/wiki/Roman_Abramovich +
Is not stub
true +
Has subobject"Has subobject" is a predefined property representing a container construct and is provided by Semantic MediaWiki.
Roman Abramovich +