Rolando Masferrer was a member of Operation 40. He tried multiple times to assassinate Fidel Castro.

He was born into wealth, one of the Masferrers of Holguín, Cuba.

John F. Kennedy, one story goes, "didn’t want Rolando anywhere near" the Bay of Pigs invasion, so he ordered the FBI to detain him to keep him quiet.[2] 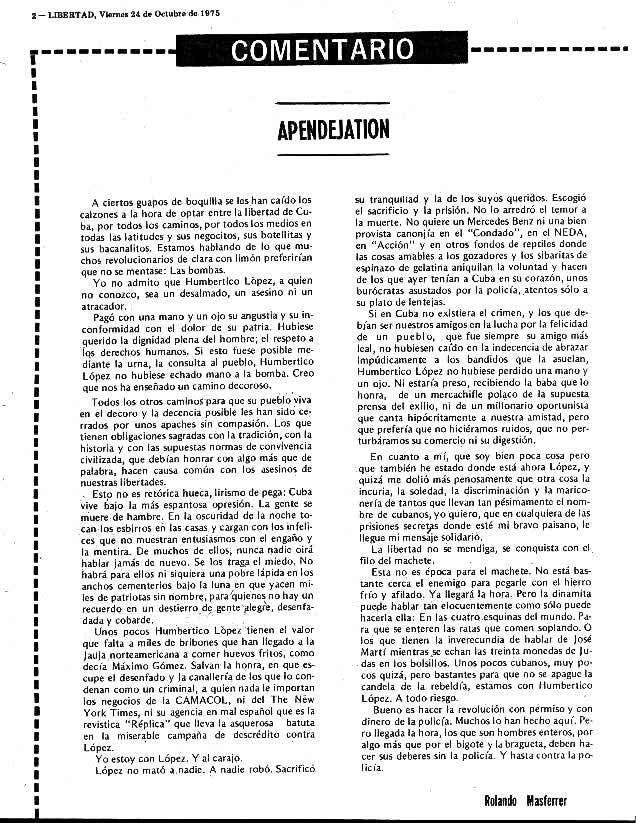 A week before he was killed by a car bomb in Miami, US, he had written and published a newspaper editorial arguing that car bombs are a justifiable tactic.[2]