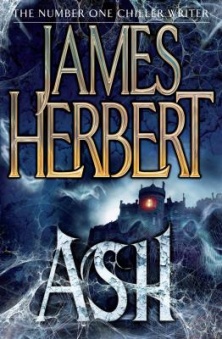 James Herbert's last novel, Ash ' was first published in December 2012.[1] It "queasily imagines Princess Diana and her secret son as well as Lord Lucan, Colonel Gaddafi and Robert Maxwell living together in a Scottish castle." He explained "That’s why I became a novelist in the first place,” he says. “I can’t bear to work by committee. As a writer I can say whatever I want. All my stories begin with the premise ‘what if?’ I get to play God... Prince Charles gave me an OBE a couple of years ago. I was firmly told beforehand to call him Your Royal Highness to start with then Sir. But that went straight out the window. I only call head waiters Sir. So finally it’s my turn. He asks me, ‘Are you working on anything at the moment?’ I told him, ‘I am and you’re in it, Charles.’ He went bright red, then chalky white. I was dismissed.”[2]

Herbert died suddenly[3] "at home" in Sussex in 2013.[4] The BBC was more explicit than his obituaries in the Telegraph[5] and Guardian[6], stating that "His publisher, Pan Macmillan, confirmed that he died at his home in Sussex this morning. No cause of death was given".[7] His facebook page states that he died "peacefully"[8] while his publisher also confirmed that "he had not been ill".[3]