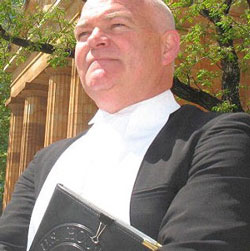 
Wikispooks Comment This affidavit makes it clear that responsibility for the shooting down of the aircraft that killed the Presidents of Rwanda and Burundi and triggered the Rwanda Genocide lies squarely with General Paul Kagame who subsequently became President of Rwanda.

★ Start a Discussion about this document
Michael Hourigan Affidavit

I, MICHAEL ANDREW HOURIGAN Lawyer of 61-63 Carrington Street Adelaide 5000 in the State of South Australia Solicitor MAKE OATH AND SAY as follows:

SWORN by the above named Deponent at Adelaide South Australia on the 8th day of March 2007.

Before me: NICOLE LIDIS, Commissioner for taking affidavits in the Supreme Court of South Australia.