Document:Just like that: How the Tory magic trick was done 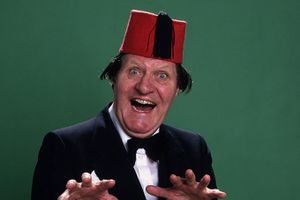 “Just like that“ the Tory magic trick was done

★ Start a Discussion about this document
Just like that: How the Tory magic trick was done

In the aftermath of the UK election, the Labour Party have now started to rip themselves apart. With centrists crawling out the woodwork to reclaim the party apparatus, while political vultures pick over the still warm carcass. Many have used this election result to discredit any ideas of socialism in the near future and indeed this result may have sent shockwaves down the left of the political divide. But to focus purely on this, would simply be sidestepping what actually occurred on Thursday the 12th December 2019.

There are clearly two distinct themes that are emerging; firstly Jeremy Corbyn was deemed not trustworthy by much of the public and secondly people were totally consumed by Brexit. So the question must be asked; how did a party with one of the most progressive manifestos since WWII get so soundly beaten. Many will suggest that between 2017 and 2019 Corbyn took a wrong turn regarding Brexit. This was seen in many eyes as a major change of position from supporting the outcome of the 2016 EU Referendum, to one of fence sitting. Although, this may well be true, it also misses a key point. A better question would be, how did Brexit become so emotive, to the extent that people voted for this over well funded health care, education and public services.

Rationally this makes no sense at all, the idea that people would vote against their own best interests is hard to fathom, but this in effect is what occurred. There lies a crucial part of the problem, Labour’s campaign was built on logic, whereas, the Tories tapped in to people’s emotions. All the Conservatives had to offer was a slogan “Get Brexit Done”, no tangible policies, just 3 simple words. Clearly, this was enough to mobilise the masses who have been convinced that this will solve the bulk of their problems.

When encountering a potential Tory voter on social media or even in person it is noticeable that there is a distinct lack of critical thinking involved during any discussion. You are repeatedly hit with a barrage of short phrases which are very tabloidesque, such as: “we need our country back”; “it’s because of free movement”; or “Corbyn’s a traitor”. If this fails, you are often told to shut up and respect their point of view, no debate just blind obedience. It rapidly became apparent that, the more Corbyn supporters hit back with stats, academic papers and 9 years of historical proof the more entrenched views became.

Simply put, you cannot combat tribal inspired politics, driven by emotion with logic or reason. This has been recognised for over 100 years, starting with people such as, Edward Bernays and Walter Lippman, two of the main founders of propaganda. Their job was to elicit an emotional response for a particular goal for the ruling elite. Noam Chomsky described it as manufacturing consent in his 1988 book and this is exactly what occurred last week. The Tory campaign understood the importance of this much more than Labour. They quickly realised that Brexit was a powerful tool and had split the nation by more than geography, political party, education and class. This was an extra tear in the fabric of society that an unpopular government could utilise. 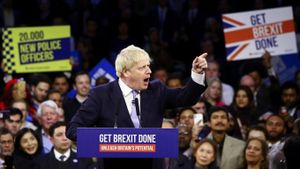 Brexit has dragged on for 3 years. If the government wanted to “Get Brexit Done” they could have, but they didn’t. They used this anger towards a lack of movement on Brexit as political capital, a situation which they had themselves created to fuel leave voters. Once Corbyn had decided to take the Labour Party away from supporting Brexit in an effort to unite the people, the trap was set. The Tories had in effect created a huge tribe with one goal, that was to leave the EU and nothing else mattered. This sentiment was cultivated by the Tories using the politics of fear, which was considered by the Athenians centuries ago as one of the three strongest motives for action.

A narrative needed to be created to invoke a sense of being under siege. This can be demonstrated by people who casually suggest that immigrants have taken their jobs, or that their presence in the UK has lowered wages for UK-born citizens. None of this is true, as many academics have documented, but this didn’t matter for this election, it was the reaction of the people that was important for the political right.[1] The working class in many former industrial areas had a bogeyman to fight, created by the very people who had caused the problems, the neoliberals. Now this tribe felt they had an enemy whom they could vent their fury at, that being: the EU, people who supported it and immigrants.

The ruling elite diligently manufactured the consent of many of the working class, all to maintain the status quo. This is an establishment made up of billionaires and millionaires, with the resources to construct a sustained campaign to both create an illusion and discredit any opposition.[2] Billionaires almost entirely own the media in the UK,[3] while the BBC have generally colluded with any government narrative throughout this current Tory stranglehold. Noam Chomsky talks about the 5 filters of mass media:[4] here’s a short film to explain this. As a bit of fun, try and pick out how many of these strategies you think were being used by the Tories and the media during the lead up to the election.

These methods of course are not unique to one political side or another, but the Conservatives this time around utilised these methods extremely effectively, while Labour attempted to communicate with the electorate using facts. The result ultimately was a landslide. Once the right wing created fear among the populace, they miraculously found a cure and that was Boris Johnson.[5] Johnson is a right wing populist, this type of a politician tends to use rhetoric around restoring order be it, fighting crime, preserving a particular culture or “getting the country back”.[6]

There is now reasonable evidence to propose that populism thrives when people feel a lack of political power or control, that life is unfair and times when they feel they are not getting what they deserve. But for populism to work it requires two opposing factions, this was already established in the form of leave and remain voters.[7] Opposing views and the formation of identities can occur rapidly in the age of social media, as people connect often with others they agree with, creating an echo chamber.[8] The curious thing about Johnson is, populist candidates generally portray their campaign as a fight against the establishment. However, Boris Johnson is a member of the establishment, he therefore, had to reframe the terms of reference. Firstly, he labelled the EU as a cruel regime, oppressing the people of Britain. This manoeuvre allowed him to position himself in direct opposition and declare himself as a heroic figure rescuing the nation from the tyranny of Brussels.

A further necessary component of this magic trick was to portray Jeremy Corbyn as a danger to society, a traitor and untrustworthy.[9] Not only was this done by an eager mainstream media, but this image was further embellished by centrists within his own party. Daily lies about the Labour Party’s unfounded anti-Semitism, his baseless links with the IRA or any other terror groups has been ceaseless over a four year period. The media used their considerable power to wage the biggest campaign of persecution against a politician in recent memory. The reasoning was simple, at the time Corbyn was a huge threat to the elite and this had to be prevented at all costs.

Now the dust is starting to settle, the country is left with Johnson at the helm. He is an unlikely people’s champion, an Etonian who is related to half the royal families in Europe. Not only is he an improbable hero, he patently isn’t the saviour of the working class. Johnson’s remit was to motivate enough people in order to keep him and the Tories in power. Brexit was merely the vehicle for which to achieve this. The new Prime Minister will not be leading the people into any mythical promised land, rather they will be led like lemmings off the edge of a cliff. The population of the nation now have more austerity, economic inequality, privatising of the NHS and ever deteriorating public services to look forward to, led by a right wing, elitist, populist.