From Wikispooks
Jump to navigation Jump to search
500px

★ Start a Discussion about this document
Backfire basics

The keys to backfire

The backfire model is about tactics to oppose injustice.

Backfire: an attack can be said to backfire when it creates more support for or attention to whatever is attacked. Any injustice or norm violation can backfire on the perpetrator.

Backfire can be apparent in adverse public opinion or greater activity by opponents. Even when a perpetrator seems to get away with an injustice, it can be counterproductive in the long term.

Most injustices by powerful groups do not backfire, because they are able to reduce outrage. 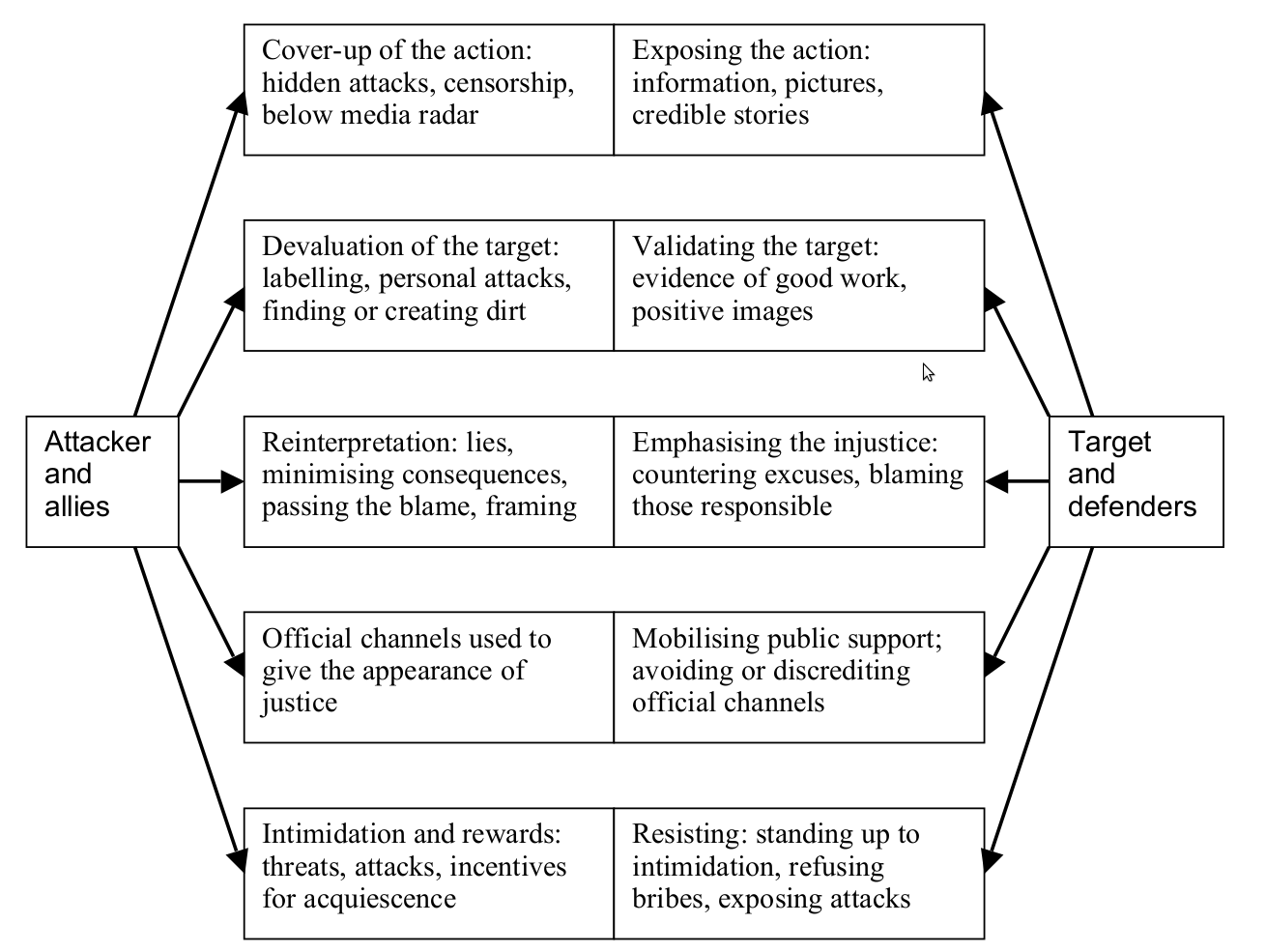 An additional consideration: the timing of communication is vital. Three relevant factors that affect reception of a message are: 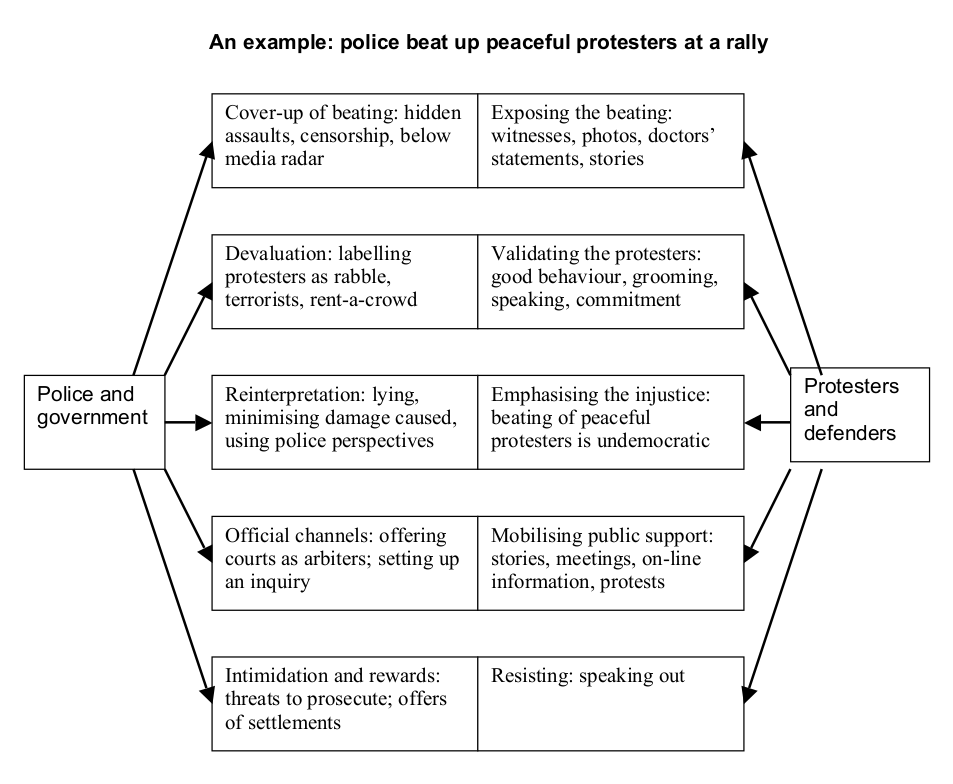 The five Rs of revealing, redeeming, reframing, redirecting and resisting can be used in reaction to an injustice or as a way of preventing it. For example, to help prevent police attacks, be prepared by having witnesses and cameras ready, dressing and behaving in an image-enhancing fashion, etc. 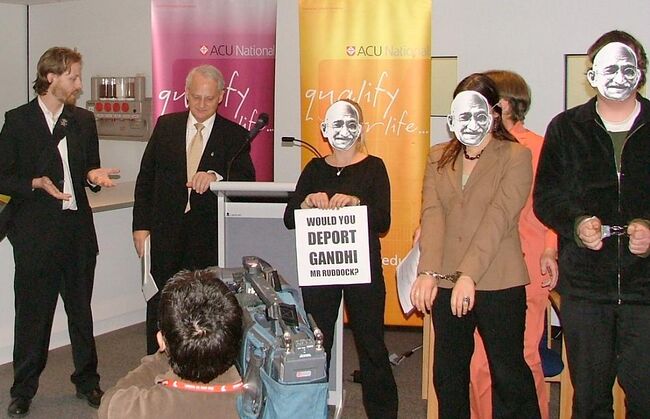 A protest against the deportation of Scott Parkin from Australia
Brian Martin, bmartin@uow.edu.au, phone 02-4221 3763 This version 26 February 2012
Retrieved from "https://wikispooks.com/w/index.php?title=Document:Backfire_basics&oldid=256235"
Categories: