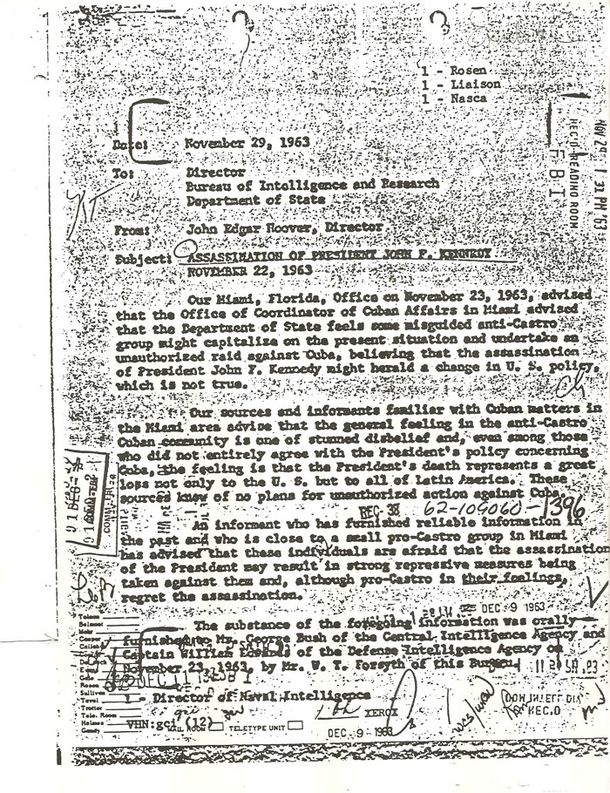 Date: November 29, 1963
To: Director
Bureau of Intelligence and Research
Department of State

Our Miami, Florida, Office on November 23, 1963, advised that the Department of State feels some misguided anti-Castro group might capitalize on the present situation and undertake an unauthorized raid against Cuba, believing that the assassination of President John F. Kennedy might herald a change in U.S. policy, which is not true.

Our sources and informants familiar with Cuban matters in the Miami area advise that the general feeling in the anti-Castro Cuban community is one of stunned disbelief and, even among those who did not entirely agree with the President's policy concerning Cuba, the feeling is that the President's death represents a great loss not only to the U.S. but to all of Latin America. These sources knew of no plans for unauthorized action against Cuba.

An informant who has furnished reliable information in the past and who is close to a small pro-Castro group in Miami has advised that these individuals are afraid that the assassination of the President may result in strong repressive measures being taken against them and, although pro-Castro in their feelins, regret the assassination.