David Wolchover is a British lawyer who was called to the bar in 1971 and did his pupillage at Cloisters, the famous set then headed by the radical silk and one-time maverick Labour MP John Platts-Mills QC. He moved to several different chambers before becoming Head of Chambers at Lion Court in 1999 and presided over the subsequent move to 7 Bell Yard. On turning sixty in 2007 he left full-time practice but remained as joint Head until 2012. In 2013 the members of 7 Bell Yard moved to bigger premises at Goldsmith's Building in Inner Temple and became Church Court Chambers, where he remained a “door tenant” for some years. David Wolchover is now once again a sole practitioner at Ridgeway Chambers.[1]

David Wolchover has written extensively on the EU Referendum, Brexit and the triggering of Article 50 of the Lisbon Treaty.[2]

At the Bar David Wolchover has always specialised in crime. Although his attitude on law reform is progressive, not to say in many respects radical, he is an ardent supporter of the independent Bar and the traditional system of barristers undertaking both prosecution and defence work. Like many of his generation, he only defends although he has absolutely nothing against prosecuting.

A Document by David Wolchover 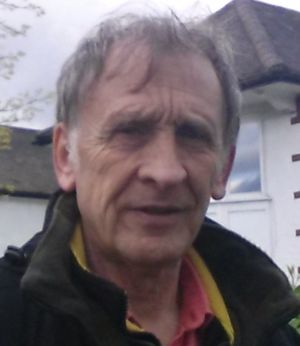