Christopher Michael Langan is an American horse rancher and autodidact who scores very high on IQ tests. It was estimated on ABC's 20/20 to be between 195 and 210, and in 1999 he was described by some journalists as "the smartest man in America" or "in the world".

On the ousting of David Bohm from the scientific community in the US during McCarthyism:

“[...] but that's the way it works, it's one giant self-reinforcing system, basically it's run by people with money and if people with money want certain questions to be answered in certain ways, then they make sure that nobody advances in academia who does not parrot the party line, and say what he is expected to say, so this kind of self reinforcement is antithetical to intellectual freedom and creativity. [...] (00:11:10)”
Christopher Langan (2019)  [1] 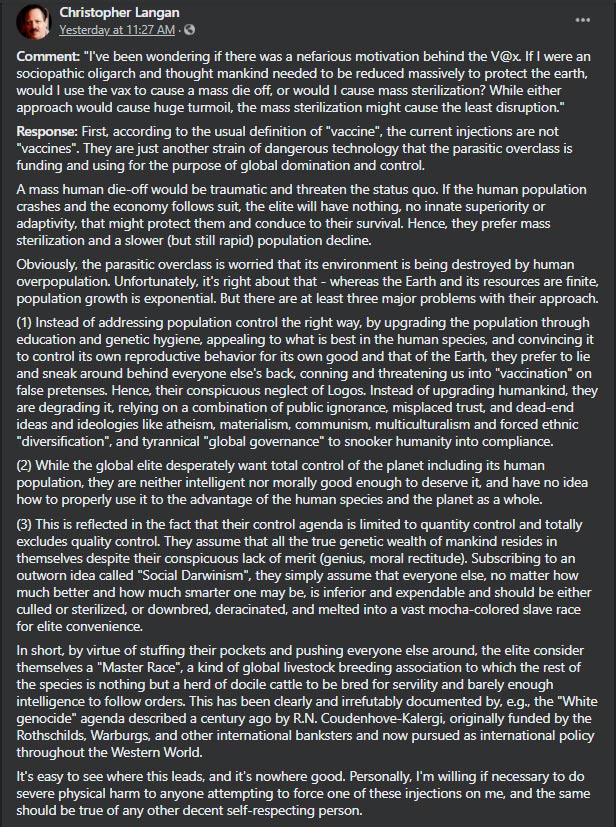