S. Awan, who goes by the pen name Burning Blogger of Bedlam, is a journalist, amateur historian and a film, music and culture critic. His main blog was deleted by Wordpress without warning in late 2019.[1] He is of the opinion that the deletion was related to his writing about false flags.[2][3] 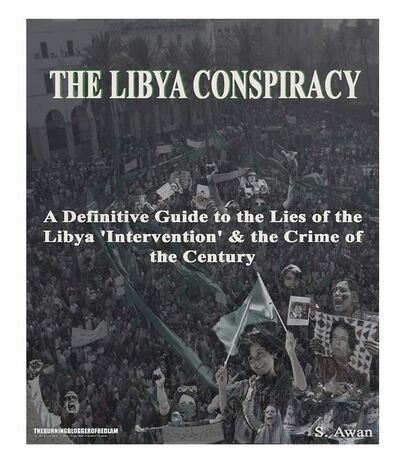 The Libya Conspiracy (and others) can be downloaded from his PDF section on the new website.

His book, "The Libya Conspiracy" - is an in-depht analysis of the lies that were handed out by the corporate media before the Libya intervention that toppled the government of Muammar Gaddafi in 2011.[4][5]