The Bolivarian missions are a series of social programmes implemented under the administration of former Venezuelan president Hugo Chávez and continued by Chávez's successor, Nicolás Maduro, focused on anti-poverty measures by providing educational services, free health clinics, subsidised food and other forms of support.[1]

Using increasing oil prices since the early 2000s and funds not seen in Venezuela since the 1980s, Chávez created Bolivarian missions, which entailed the launching of government anti-poverty initiatives,[3] the construction of thousands of free medical clinics for the poor,[4] indigenous rights,[5][6] and the provision of food[7] and housing subsidies.[8] The Bolivarian missions are overseen with widespread experimentation in what Chávez's supporters call "citizen- and worker-managed governance."[9] 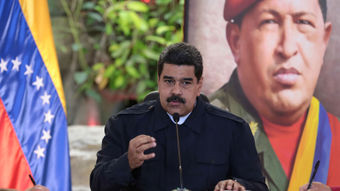 Doing good in the Bolivarian Republic of Venezuela

There are now more than two dozen misiones including:

Thanks to the Bolivarian missions over the past 18 years, poverty has declined from 43% to 26%, extreme poverty from 17% to less than 7%, children attending school increased from 6 million to 13 million, college attendance has quadrupled, illiteracy eradicated in 2005 and infant mortality dropped by 50%.

The Bolivarian movement aims to unify Chavismo and prevent the counter-revolutionaries from winning power.[12]