Avraham "Avi" Gabbay (born 22 February 1967) is an Israeli politician and the current leader of the Israeli Labor Party.[1] He was CEO of the telecommunications company Bezeq from 2007 to 2013, then entered politics. He served as Minister of Environmental Protection between 2015 and 2016 in Benjamin Netanyahu's government.[2]

The leader of Israel's main opposition party, Labour chair Avi Gabbay, is currently making headlines for all the wrong reasons.

Yesterday, Gabbay told Israeli television that he opposed discussing the removal of even the most isolated illegal Israeli settlements in the West Bank. The remarks came a day after Gabbay told a meeting of party activists that “the Arabs have to be afraid of us”. He added: “They fire one missile – you fire 20. That’s all they understand in the Middle East”.

On Saturday, meanwhile, Gabbay vowed to never enter into a coalition with the Joint List, a Knesset group dominated by parties representing Palestinian citizens.

The Israeli Labor party is often presented as a “moderate” alternative to Benjamin Netanyahu – so what’s going on here?

In one sense, it is not a big surprise; Gabbay, after all, has already previously served in a Netanyahu cabinet, as I noted when the Labour leader won the leadership election in July. Some predicted Gabbay would seek to attract Likud supporters.

But beyond Gabbay’s immediate goals, his series of blunt interventions is a valuable opportunity to subject the Israeli Labor Party to the kind of critical scrutiny it often avoids, particularly in the West, where some – like the Jewish Labour Movement and Labour Friends of Israel – support the party as “progressive” allies in the search for peace.

The uncomfortable reality is that Gabbay’s racism, as well as his support for settlements and disproportionate military force, is entirely consistent with the Labor party’s past and present.

Previous leader Isaac Herzog ran for prime minister with an advert boasting how he “understands the Arab mentality”. On another occasion, Herzog declared: “I want to keep a Jewish state with a Jewish majority...I don’t want a Palestinian prime minister in Israel”.

It was the Labor party, as Israeli news site +972 Magazine put it, whose “glory days included the Nakba [the ethnic cleansing of Palestine in 1948]”, as well as “conquering and settling the West Bank and East Jerusalem”.

Just last month, former Israeli premier Ehud Barak bemoaned the fact that a state ceremony celebrating 50 years of the occupation of the West Bank did not give enough credit to the Labor leaders who “consolidated and led the settlement enterprise for a decade”.

Barak was the Labor prime minister, of course, when the Israeli army fired 1.3 million bullets at Palestinian protesters during the first few days of what became the Second Intifada.

“I believe that the Land of Israel belongs to the Jews," Gabbay said today. “God promised Abraham the entire Land of Israel, but I also believe that since there are 4.5 million Arabs here, we have to compromise in order to create a situation in which we live in our country with a Jewish majority."

Second, more broadly, the Israeli maximum on offer does not meet the Palestinians’ minimum – or the standards of international law. Netanyahu likes the status quo. His coalition includes those, like Minister Naftali Bennett, who want formal annexation of the majority of the West Bank. But all the Labor Party is offering by way of an alternative is an Israeli-defined “separation” plan that smacks of a “smarter” version of apartheid. In other words, none of the Israeli political parties who are either part of the current ruling coalition, or who could feasibly lead an alternative one, support a solution based on international law and the Palestinian people’s right to self-determination, sovereignty, and return.

Finally, understanding the nature of the Israeli opposition underlines the importance of tactics like Boycott, Divestment and Sanctions (BDS). While some claim boycotts only empower the Right, the Israeli Labor party offers a sobering reality check about what is on offer from the “moderates”.[3] 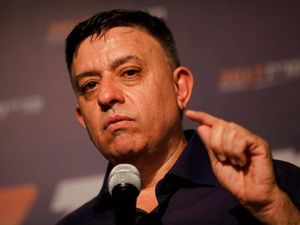