Andy Pryce is head of the Counter Disinformation and Media Development (CDMD) unit at the Foreign, Commonwealth and Development Office in London, which was founded in April 2016 to “counter-strike against Russian propaganda.”

In 2020, Andy Pryce moved to London’s Mission to the EU (UKREP), to serve as its Head of Public Diplomacy, while serving in the FCDO’s newly-founded Counter Disinformation Unit – an apparent rebrand of the CDMD.[1]

According to the Daily Express Pryce was involved in innovations of propaganda strategy after the Skripal affair:

In the five weeks since the attempted assassination of ex-spy Sergei Skripal and his daughter Yulia, Moscow has been pushing out conspiracy theories. Whitehall sources say two in every three stories shared on social media are from media outlets backed by the Kremlin – and are designed to deflect attention from accusations that it is responsible for the Salisbury attack... The fact that British ministers have to remain tight-lipped while the painstaking probe by police, intelligence services and Organisation for the Prohibition of Chemical Weapons laboratories takes place, has left a vacuum, which is being filled by Russia.

Of 21 Russian theories, the most outlandish include: Ukraine did it to frame Russia; Britain did it to deflect from negative attention over Brexit to the claim that it was an attempted suicide by Skripal himself.

Until a fortnight ago, the Foreign and Commonwealth Office seemed content simply to post statements rebutting the most outrageous claims. But the last fortnight has seen a series of mini-videos, which, sources say, “mark a departure” from the norm. They are said to be the brainchild of Andy Pryce, the FO’s head of counter-disinformation and media development.

One video, poses six questions that Vladimir Putin’s Russia has so far failed to answer. These include: “Is Russia committed to an international rules-based system as a P5 member [a nuclear power]”; “Why hasn’t Russia declared its Novichok programme to the chemical weapons convention as it’s legally obliged to?”; “Why does Russia persistently cover up the use of chemical weapons in Assad’s brutal regime in Syria?”

Another was captioned; “This is how the Russian state is spreading disinformation following the Salisbury attack. We know the tactics they use but they don’t change the facts.” The clip urges viewers to “think critically” and examine the facts, such as Britain’s decision to use the independent OPCW to verify UK claims that Russia supplied the nerve agent.[2] 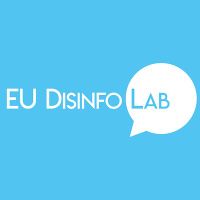 Pryce spoke at an event in Brussels on 11 April 2018 at the Euractiv office in the city run by the EU DisinfoLab together with the Atlantic Council. participants included Daniel Fried.[3]

Pryce spoke on a panel at "Disinformation - the playbook and how to fight it” in Luxembourg on 12 April 2018. According to a Facebook post: 'The difference between fake news and disinformation, the Kremlin’s toolkit and the best way to counter it were the highlights of the event. Two panel discussions yesterday addressed these challenging issues. Featuring Peter Pomeranzev (senior visiting fellow, LSE), Ida Eklund-Lindwall (EU East Task Force, European External Action Service), Guillaum Chaslot (founder of Algo Transparency), Alina Polyakova (fellow, The Brookings Institution), MEP Michal Boni, Andy Pryce (Head of Counter Disinformation, Foreign and Commonwealth Office) and Daniel Fried (Atlantic Council Ambassador).'[4]

A Document by Andy Pryce

This page imported content from Powerbase on 29 January 2019.
Powerbase is not affiliated with Wikispooks.   Original page source here
Retrieved from "https://wikispooks.com/w/index.php?title=Andy_Pryce&oldid=245839"
Categories: