From Wikispooks
(Redirected from Amphetamine)
Jump to navigation Jump to search

Amphetamines are stimulants drugs used both medicinally and recreationally. They are used by millions of people annually.

Amphetamines are not naturally occurring, but produced synthetically.

Many amphetamines are illegal to manufacture, possess, or sell without a license. They are controlled under the Single Convention on Narcotic Drugs.[1]

In USA, children are prescribed Adderall to treat "ADHD". A 2016 study on rats suggested "that young people using amphetamines may have changes in memory and attention well into their thirties."[2]

Amphetamines are used in war to increase performance of soldiers. They were used in World War II for this purpose. 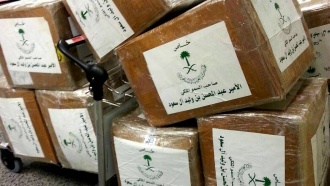 Noting that Saudi Prince Abdel Mohsen Bin Walid Bin Abdulaziz was held in Syria with four other men and around 2 tons of amphetamines in the Prince's private jet, The Telegraph reported in 2015 that the country has a growing role as an exporter of illegal drugs.[3]