Abdel Mohsen Bin Walid Bin Abdulaziz was arrested in Syria with 2 tons of illegal drugs on board his private plane. 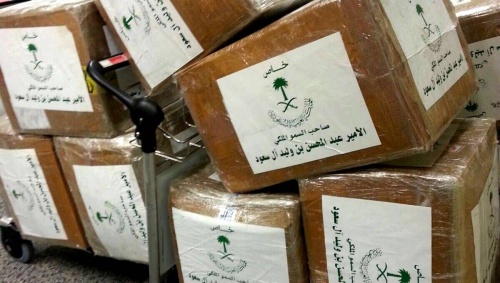 In October 2015, Saudi Prince Abdel Mohsen Bin Walid Bin Abdulaziz was held with four other men at Rafik Hariri International Airport, Beirut, Syria. The authorities found around 2 tons of amphetamines and cocaine aboard the prince's private plane, which was headed for Riyadh, Saudi Arabia.[1] Most of it is reported to have been captagon, an amphetamine.[2] Bin Abdulaziz is reported to have protested “I have a diplomatic passport!”,[3] only to be told that he did not get diplomatic clearance for his luggage.[2]

On Monday 2nd November Claude Karam, public prosecutor for the Mount Lebanon area said the prince along with four other people in custody and five in absentia were charged with drug smuggling.[4]

No statement has been made by the Saudi authorities.

Wikipedia made a page about the prince, but it was swiftly deleted.[5]

As if uninterested in the man's personal connections, The Telegraph reported in 2015 that Syria has a growing role as an exporter of illegal drugs.[6]

Recent news on the case appears to be lacking.

Robert Fisk highlighted the irony of the death sentences in Saudi Arabia for drug smuggling and commented that everyone reading should "rely on Lebanese justice. Innocent until proved guilty. All just one big mistake, surely. Wrongly labelled boxes. Or perhaps a fiendish conspiracy by Saudi’s Hezbollah enemies in Beirut to embarrass the most respected royal family in the Middle East." he stated "I think what's actually happening is that the Lebanese do not want to embarrass the Saudis. He will be freed — that I can promise you."[2]