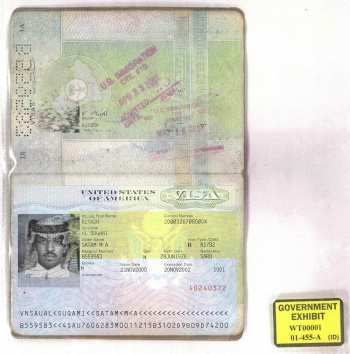 On 9-11, for the second & third time in history, a jet crashes on land and neither flight recorder is recovered. Nevertheless, if New York City Police Commissioner Bernard Kerik is to be believed, the passport of Satam al-Suqami was randomly found a few blocks from the World Trade Center.[1][2] Moreover, passport of Ziad Jarrah and Saeed al-Ghamdi also survive the demise of United Airlines Flight 93 in Shanksville.

Evidence exists that three of the four black boxes were in fact recovered by firemen, and passed on to the FBI.[3]

At both the Pentagon and Shanksville, the lack of aircraft debris, luggage and victims is very striking, especially when compounded by the remarkable claim of the passports that were recovered.