4Chan is an American website, where Memes and other images can be shared anonymously. 4Chan is considered a hub of Internet culture.

In 2014, 4chan introduced a copyright mechanism after a number of celebrities were hacked.[1] 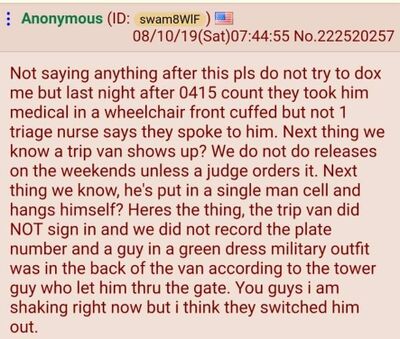 4chan is frequented by hackers and trolls. Wikipedia says that the site is used by Anonymous and the alt-right.

The ADL condemns the site for Anti-semitism.