A by-election in North Shropshire took place on 16 December 2021 following the announcement of Owen Paterson's resignation on 4 November 2021.[2]

Paterson was appointed as Crown Steward and Bailiff of the Manor of Northstead on 5 November 2021, the process by which an MP's resignation is effected.[3]

The writ of election was moved by Conservative Chief Whip Mark Spencer on 9 November 2021 for the by-election to take place on 16 December 2021.[4]

The 2021 North Shropshire by-election was won by Helen Morgan for the Liberal Democrats in a major upset with a 34% swing.[5] 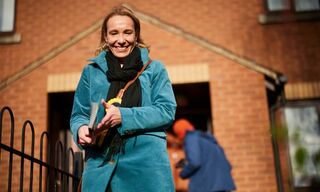 Fourteen candidates were standing at the 2021 North Shropshire by-election and received votes, as follows:

Graeme Currie, the socialist Labour candidate who stood in the seat in the 2019 general election, was blocked from the party's shortlist of candidates and resigned from the party in response.[7]

Tory candidate has been ‘told not to speak to media because he knows little about area’. He is a parachute candidate from Birmingham. [8]

Message to the voters

This is a message to the voters of #NorthShropshire: Thursday of next week will be your chance to speak for the nation. Tell @BorisJohnson what you think of his record. We’re relying on you.[9] 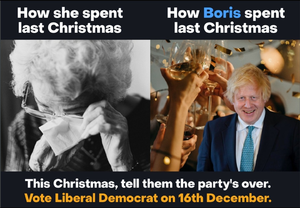 This page imported content from Wikipedia on 5 December 2021.
Wikipedia is not affiliated with Wikispooks.   Original page source here
Retrieved from "https://wikispooks.com/w/index.php?title=2021_North_Shropshire_by-election&oldid=232164"
Categories: