The Universidad Mayor de San Simón (UMSS) is a public university of Bolivia whose headquarters is located in the city of Cochabamba, having other academic units in different parts of the department of Cochabamba. It is the oldest university institution in that city and the third founded in Bolivia, after the San Francisco Xavier University (1624) and the Universidad Mayor de San Andrés (1830) in La Paz. In its faculties there are students from all over the country and from the neighboring nations of Argentina, Brazil, Chile and Peru, among others. It offers professional careers and postgraduate and second specialization studies, as well as community extension courses.

According to the Ranking Web of Universities, Webometrics 2021 , it is considered the second best university in Bolivia, but it has challenges to improve and gain recognition at the Latin American level. [1] 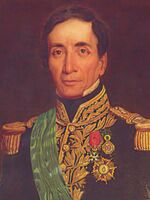 The 'Universidad Mayor de San Simón' was founded by a Law of November 5, 1832 promulgated by Marshal Andrés de Santa Cruz. The same law provided for the creation and operation of an Academy of Legal Practitioners, with which, in reality, the Law School began. Between 1834 and 1835, the UMSS awarded the first three degrees of Doctor of Law. The Decree of August 25, 1845, promulgated as Law on November 12, 1846, provides that the Republic be divided into three university districts; By this arrangement of the presidency of General José Ballivián, Cochabamba was responsible for serving the district of Santa Cruz de la Sierra.

The university structure had feudal traits, totally disconnected from the socio-cultural reality of the country, and a reorganization in 1930 meant the beginning of a second historical period for San Simón.

Since then there have been significant changes, which turned it into a social institution capable of responding to the needs of the region.

The University takes an active part in the study and discussion of the most current problems, such as the nationalization of mines, agrarian reform, universal voting, the rights of native peoples, ecology, intercultural bilingual education and the most pressing regional needs.

At the present time, the UMSS is determined to overcome the tendency to simply train professionals; has proposed to expand its social mission, consolidate its academic and scientific and material level.