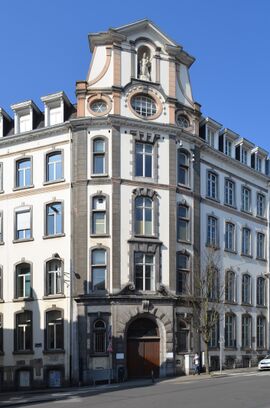 The University of Namur (UNamur, formerly Facultés Universitaires Notre-Dame de la Paix or FUNDP) is a Belgian university. It includes six faculties. It was founded in 1831 by the Jesuits as a secondary college, in the restored buildings of the former Benedictine abbey of Paix-Notre-Dame in Namur.

Today, the Notre-Dame de la Paix faculties, which became the University of Namur in March 2013, have more than 6,600 students. Teaching and research are carried out there jointly in the fields of science, economics, law, medicine, computing and literature. The university is a founding member of the Louvain Academy and of the Pôle Académie de Namur, which it chairs.