The University of Huddersfield (informally Huddersfield University) is a public research university located in Huddersfield, West Yorkshire, England. It has been a university since 1992, but has its origins in a series of institutions dating back to the 19th century. It has made teaching a particular focus of its activities, winning the inaugural Higher Education Academy Global Teaching Excellence Award,[1] and achieving a Teaching Excellence Framework (TEF) Gold Award,[2] both in 2017. Its chancellor Prince Andrew, Duke of York resigned in 2019 following an interview concerned with allegations against him of sexual abuse and his connections to convicted sex offender Jeffrey Epstein, and amid student protests against him.[3][4]

The present University of Huddersfield can trace its history back through several predecessor institutions.

In 1825 there was an attempt to set up a Scientific and Mechanics Institution in the town. Supported by a group of donors, its patron was leading Whig and large local landowner Sir John Ramsden. Its aims were to instruct local mechanics and tradesmen in scientific principles relating to their work, through lectures and a circulation library, which by 1827 contained over 700 volumes. The financial crisis of 1825–1826 led to the failure of the institution’s bankers, and it faltered and later became part of the Huddersfield Philosophical Society, an organisation with which its rules now more closely aligned.[5] Some 19th-century students earned qualifications as external students of the University of London.[6]

The history of the university is usually traced to 1841. It was in that year that five young men who were employed by local industrialist Frederic Schwann,[7] who had been born in Frankfurt, approached their employer for support in establishing a new subscription library and some elementary educational classes, ‘to supply in some cases the deficiency of early instruction, and to procure for others the means of further improvement’.[8] They first met in the Temperance Hotel, Cross Church Street, Huddersfield in May 1841. Classes began for the first 40 or so pupils in the room of the British School at Outcote Bank, and were taught by experienced staff from the local Collegiate Schools and businessmen like Schwann. A subscription library was founded, and classes were delivered in Reading, writing, arithmetic, grammar, geography, design and French.

The increase in student numbers prompted a move to Nelson's Buildings in New Street, and the renaming of the institution to more closely reflect its remit. The first Secretary, Robert Neil, was appointed in 1844, and acted not just as a Secretary but as a teacher-supervisor, influencing the formative development of the organisation. In March 1844 he organised an Soiree (tea-party) for 700 at the town's Philosophical Hall, and in May a Rural Gala for 500 at Fixby Pastures. Negotiations with the local railway company led to reduced fares into York for 300 membership to enjoy the cultural opportunities of the city. In 1846, Neil was succeeded by George Searle Phillips, who was described by historian John O'Connell as 'philosopher, propagandist and missionary' of the institution. He oversaw expansion of the curriculum, revision of the fee system to make the institution self-supporting, the visitation of absent students and the compilation of statistics of the institution's achievements.

In 1850, growing attendance meant another move, to Wellington Buildings, Queen Street. At this time, a 'Preliminary Savings Bank' scheme was also introduced in the Institution, linked to the Huddersfield Banking Company, which took almost 7000 deposits[9] during its first year of operation. Based on the Scottish system of encouraging working people to make small, regular saving deposits, it was a forerunner of the Post Office Savings Bank, founded in 1861. In 1854, after Phillips resignation, Frank Curzon took over as Secretary and remained in post until 1883. During his tenure a prize giving and distribution ceremony was introduced to reward attendance and good conduct. He not only oversaw a recruitment drive, but also the move to the first purpose built home of the institution, on Northumberland Street. The institution took possession in 1861, as student numbers passed 800 annually.

The continued prosperity of the institution during the 1860s has been attributed to two main developments – the demand for more technical and scientific education, and the introduction of an examination system by the newly formed national Department of Science and Art. The institution managed an examinations system and gave grants to science schools (often based in Mechanics' Institutions) on a 'payment by results' basis. In 1857 the Society of Arts held its first examinations outside London at Huddersfield.[10]

A merger took place with the town’s Female Educational Institute in 1883, and the institution become the Technical School and Mechanics' Institute. A new building was constructed on what it today the ring road called Queensgate that cost £20,000,[11] and was funded by the subscriptions of members and philanthropic supporters. Called the Ramsden Building, after the Ramsden family who owned the land upon which the building stood, the building is still in use by the Health and Human Sciences Department of the university today. Before the building opened to students in 1884, it was used for a five-month Fine Art and Industrial Exhibition. These kinds of exhibitions, inspired by the Great Exhibition, showcased the latest in textile technology alongside copies of great masters paintings or more contemporary works.

In 1896, the Technical School and Mechanics' Institute became the Technical College, which changed its name in 1958 to become the College of Technology.

World War I was a time of growth for the College. A Coal Tar Chemistry Department was created, funded by the government and by donations which were also used to provide research scholarships in Chemistry. More than 100 chemists worked at the College as research staff as products were created for British Dyes Ltd.

During World War II, the College housed student teachers evacuated from Avery Hill College of Education, Eltham, London (now part of the University of Greenwich), and trained members of the armed forces training to be radio mechanics, engineers, fitters and clerks. Civilians also trained at the College in more basic workshop skills.

One notable visitor to the college in 1964 was Dusty Springfield, who appeared at 'Sound Sixty-Four', an event organised by the Huddersfield Tech students as part of Rag Week. 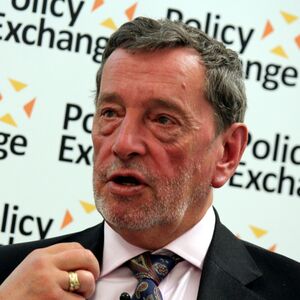 In 1974, a further merger took place with the Technical Teaching Training College at Holly Bank. That college had been noted in education circles for its policy of training students over the age of 25, one of whom was the future Education Secretary David Blunkett. However, after the merger, it became part of the Polytechnic's Faculty of Education, and those idiosyncrasies were gradually eroded.[12] Teacher training remained on the Holly Bank site until the land was sold by the university in 2001.[13]

The campus precinct was redeveloped by the firm Wilson and Womersley. Awarding J. L. Womersley a Fellowship for the design, the Deputy Rector commented on the courage and vision of the plan, with the Central Services building in particular being a monument to that vision. The large brown Central Services Building, now known as the Schwann Building, a prominent feature not just of the campus but also the town of Huddersfield itself, was completed in January 1977. The brown colour was chosen so it would better fit in with the local sandstone. The building was officially opened by the Duchess of Kent.

Several high-profile bands played the university's students' union during the late 1970s and early 1980s, including The Stranglers, The Jam and The Undertones.

Former Prime Minister Harold Wilson returned to his hometown in 1983, the same year he stood down as an MP, to open a university building on Firth Street and to deliver a lecture. He would later have a different building named after him on the campus.

University of Huddersfield (since 1992)

The Polytechnic became the University of Huddersfield in 1992.[14]

Professor Ken Durrands was Vice-Chancellor at the time the institution achieved university status. He was later credited with having "transformed" it into "a thriving university".[15] However, in 1994 he was forced to leave his post before the end of his contract, following a row over the removal of independently-elected representatives from the university's governing body.[16]

In 2013, the University of Huddersfield was named University of the Year at the Times Higher Education Awards. Accepting the award, Prof Cryan said: "It is a tribute to all the staff who have worked so hard to get us where we are today. We are now well established as one of the country’s innovative universities – and the best is yet to come."[17]

The archives of all the university's predecessor institutions are held in Heritage Quay, the University Archive Service based in the Schwann Building.[18] Heritage Quay opened in 2014 and is open to the general public, allowing easier access to both students and non-students to the many collections within university's archives. It received more than £1.5m in Lottery funding, and in 2016 won the Buildings That Inspire category in the Guardian's University Awards.

The university now attracts students from more than 130 countries. With an annual turnover of approximately £150m each year, it estimates it is worth £300m annually to the local economy.

The University came under scrutiny in July 2020 for the provision of training at a Bahraini centre accused of facilitating state-sponsored torture.[19]

The University has world-leading applied research groups in biomedical sciences, engineering and physical sciences, social sciences and arts and humanities. It has quadrupled its research income and its number of postgraduate researchers in recent years.[20]