The University of Coimbra (UC; Universidade de Coimbra), is a Portuguese public university in Coimbra, Portugal. Established in 1290 in Lisbon, it went through a number of relocations until it was moved permanently to its current city in 1537, being one of the oldest universities in continuous operation in the world, the oldest university in Portugal, and one of the country's largest museums of higher education and research institutions.[1]

The university is organized into eight different faculties according to a wide range of fields, granting academic bachelor's (licenciado), master's (mestre) and doctorate (doutor) degrees in nearly all major fields of knowledge, such as arts, engineering, humanities, mathematics, natural sciences, social sciences, medicine, sports and technologies. It is a founding member of the Coimbra Group, a group of leading European research universities, whose inaugural meeting it hosted. The University of Coimbra has over 20,000 students, and hosts one of the largest communities of international students in Portugal, arguably being the most cosmopolitan Portuguese university.[2] 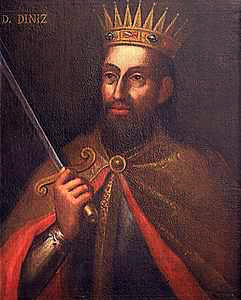 King Denis I of Portugal ratified the Studium Generale in Portugal in 1290. 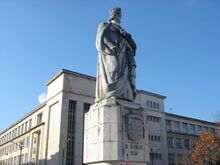 Statue of King Denis, in Coimbra

The university was founded, or ratified, in 1290 by King Dinis, having begun its existence in Lisbon with the name Studium Generale (Estudo Geral).[4] Scientiae thesaurus mirabilis, the royal charter announcing the institution of the University was dated 1 March of that year, although efforts had been made at least since 1288 to create this first University in Portugal; it is thus the second oldest of such establishments in the Iberian Peninsula. The Papal confirmation was also given in 1290 (on 9 August of that year), during the Papacy of the Pope Nicholas IV. In accordance with the Papal Bull, all the "licit" Faculties, with the exception of that of Theology, could be established. Thus the Faculties of Arts, Law, Canon Law and Medicine were the first to be created. It was, however, not to remain in Lisbon for long. In 1308, likely due to problems of emancipation from the Church (relations between the latter and the political power being somewhat strained at the time) and conflicts between the inhabitants of the city and the students, the University moved to Coimbra. This town already had old traditions in education, being home to the highly successful school of the Monastery of Santa Cruz. The university was then established on the site known as "Estudos Velhos", which corresponds roughly to the area where the Main Library now stands.

In 1338, during the reign of Afonso IV, it was once again transferred to Lisbon, from whence it returned in 1354, this time to the centre of the town which was then in full expansion. In 1377, during the reign of King Fernando, it was transferred yet again to Lisbon, where it would remain for over a century and a half. The authorization for a Faculty of Theology probably dates from this period – around 1380. In 1537, during the reign of João III, the university moved definitively to Coimbra, where it was installed in the Alcaçova Palace which was subsequently purchased from the Royal Family in 1597.[5]

The university institution, including all the books from its library, were moved from Lisbon to Coimbra. Teachers were not guaranteed a position at the new location and many did not move; in fact, most of the new faculty were previously with the University of Salamanca. For the most part, the curriculum was retained.[6]

At the same time, university colleges were created, a restructuring of the curricula was undertaken and new teachers, both Portuguese and foreign, were admitted. 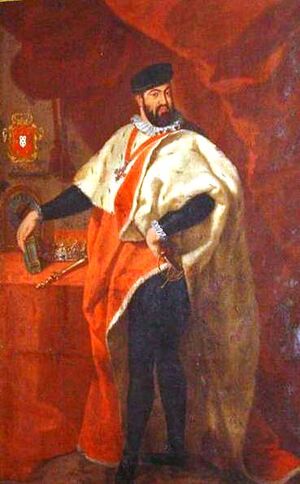 King John III of Portugal made Coimbra the definite home of the university.

In the 18th century, the Marquis of Pombal, Minister of the kingdom, made radical reforms in the University, especially regarding the teaching of sciences, in accordance to his Enlightenment and anticlerical creed. During many decades it was the only university in Portugal, since its foundation in 1290 until 1559 (a university in Évora operated between 1559 and 1759), and again between 1759 and 1911 (University of Lisbon and University of Porto were created in 1911). The long history and past predominance of the University of Coimbra made it an important focus of influence in Portugal, not only educational, but also political and social.

Initial steps towards some convergence of European higher education systems were taken with the signature of the Sorbonne declaration by the Ministers in charge of higher education in France, Italy, the United Kingdom and Germany, in 1998, and later, in 1999, with the signature of the Bologna declaration. The Bologna process, aimed at creating a European Higher Education Area by implementing a comparable degree structure, common quality assurance standards and by promoting the mobility of students and faculty members, was a major revolution in Europe's higher education. Globalization, technological change and increased international competition for scarce high-skilled labor highlighted the importance of making European higher education institutions attractive and competitive worldwide. A more integrated European Higher Education Market enhanced competition between European universities—a necessary condition for producing leading-edge innovations and for catching up with the US economy. In Portugal, the University of Coimbra decided to defer the adoption of the new Bologna Process model from 2006 to 2007/2008 (with exceptions authorized for a few programs on which a national consensus for change had been reached among institutions) in order to make the transition maintaining the highest standards of quality and academic integrity. Only in the 2008/2009 school year did the entire university fully adopt the new programs within its 8 faculties.

Noted persons who graduated from or otherwise attended the university include: