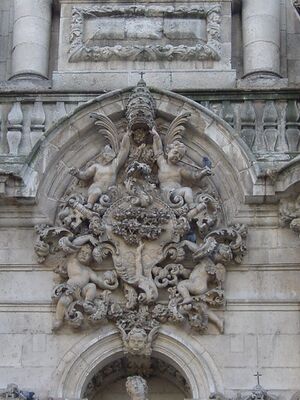 The University of Valladolid (UVa) is a Spanish public university founded in 1241 as removal of studies at the University of Palencia, founded by Alfonso VIII of Castile, between 1208 and 1212. It is responsible for teaching higher education in seven campuses distributed through four cities of Castile and Leon: Valladolid, Palencia, Soria and Segovia.

It has been an institution closely linked to the city since its birth, influencing its development due to the intense cultural and economic activity that it promoted. During the 20th century, especially, and coinciding with an expansion in the number of students, as well as an expansion of studies and greater ease of entry, the University was fully a part of historical and social events.

Thus, the outbreak of the Civil War in 1936 brought about a purge and the execution of a significant number of professors and staff, by Franco's military rebels. The University of Valladolid is considered, together with the factory FASA-Renault, as the main centre of opposition to the dictatorial regime of General Franco, calling for numerous strikes, concerts and acts of resistance and protest that culminated in 1974 with the government closure of teaching activity, the only case in all of Spain (the academic year was organized in parallel, in private homes, parishes and public places).