From Wikispooks
(Redirected from Sandline)
Jump to navigation Jump to search

Sandline International was a private military contractor based in London, established by Tim Spicer after he left the UK Army in 1994. It was involved in conflicts in Papua New Guinea in 1997 (having a contract with the government under the then Prime Minister Julius Chan) causing the Sandline affair, in 1998 in Sierra Leone (having a contract with ousted President Kabbah) and in Liberia in 2003 (in a rebel attempt to evict the then-president Charles Taylor near the end of the civil war).

In 1999, the group tried to seize $US25 million from the Papua New Guinea government.[1]

In August 1997, Sandline and Executive Outcomes were portrayed in an Executive Intelligence Review (EIR) article as Britain's "Dogs of War".[2]

Tim Spicer recounted his experiences with Sandline in the book An Unorthodox Soldier.

Sandline ceased all operations on 16 April 2004. On the company's website, this reason for closure is given:

"The general lack of governmental support for Private Military Companies willing to help end armed conflicts in places like Africa, in the absence of effective international intervention, is the reason for this decision. Without such support the ability of Sandline to make a positive difference in countries where there is widespread brutality and genocidal behaviour is materially diminished."

It is likely that many, if not most of Sandline's former personnel, are now part of Aegis Defence Services company. 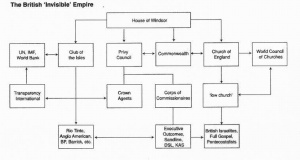