The Polytechnic University of Milan (Politecnico di Milano) is the largest technical university in Italy, with about 42,000 students.[1] The university offers undergraduate, graduate and higher education courses in engineering, architecture and design. Founded in 1863, it is the oldest university in Milan.

The Polytechnic University of Milan has two main campuses in the city of Milan, Italy, where the majority of the research and teaching activities are located, as well as other satellite campuses in five other cities across the Lombardy and Emilia-Romagna regions. The central offices and headquarters are located in the historical campus of Città Studi in Milan, which is also the largest, active since 1927.

According to the QS World University Rankings for subject area 'Engineering & Technology', it ranked in 2020 as the 20th best in the world.[2] It ranked 6th worldwide for Design, 9th for Civil and Structural Engineering, 9th for Mechanical, Aerospace Engineering and 7th for Architecture.[3] Its notable alumni or professors include Nobel laureate Giulio Natta, novelist Carlo Emilio Gadda and architects Renzo Piano and Aldo Rossi. 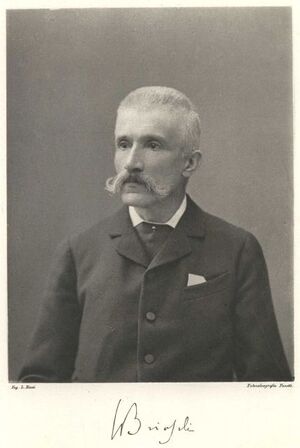 Francesco Brioschi (1824-1897), founder and first rector of the Polytechnic University of Milan. 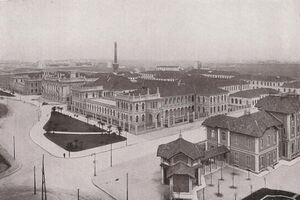 The Polytechnic University of Milan was founded on 29 November 1863 by Francesco Brioschi, secretary of the Ministry of Education and rector of the University of Pavia. It is the oldest university in Milan. Its original name was Istituto Tecnico Superiore ("Higher Technical Institute") and only Civil and Industrial Engineering were taught. Architecture, the second main line of study at the university, was introduced in 1865 in cooperation with the Brera Academy.[4]

There were only 30 students admitted in the first year. Over the decades, most of students were men: the first female graduate from the university was in 1913.

In 1927 the university moved to piazza Leonardo da Vinci, in the district now known as Città studi (City of Studies), where the university's main facilities are still today. At the time, it was named Regio Politecnico ("Royal Polytechnic"). The word Regio was removed as Italy was proclaimed a republic at the end of World War II. The historical building still in use today was designed and built by engineers and architects all graduated from the university itself.[5]

The present logo, based on a detail of the preparatory sketch of Raphael's School of Athens, was adopted in 1942. Until then, there was no official logo for the institution.[6]

In 1954, the first European centre of electronic computation was opened at the university by Gino Cassinis and Ercole Bottani. In 1963 Giulio Natta received the Nobel Prize in Chemistry for his research on crystalline polymers, polypropylene in particular. In 1977, the satellite Sirio, jointly developed by the university and other companies, was launched.

Since the end of the 1980s, the university has begun a process of territorial expansion that would have resulted in the opening of its satellite campuses in Lombardy and Emilia Romagna. A university program in industrial design was started in 1993. In 2000, the university's faculty of design was created with new courses in undergraduate and postgraduate programs of graphic & visual, fashion and interior design along with the already existent industrial design. 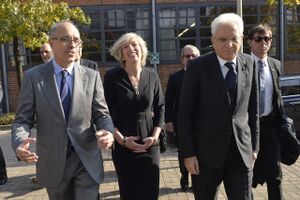 In April 2012, the university announced that, beginning in 2014, all graduate courses would be taught only in English.[7] This decision was then partially revised, after the decision of the Italian Supreme Court, that stated Italian language could not be totally abolished nor downgraded to a marginal role.[8] 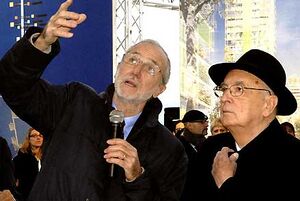 Renzo Piano with the President of Italy Giorgio Napolitano in 2007 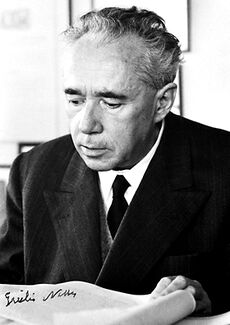