The National Whistleblowers Center was founded by Stephen Kohn in 1988 in Washington D.C. It s aim is to supported whistleblowers and their attorneys to achieve victories for environmental protection, government contract fraud, nuclear safety and government and corporate accountability.[1]

After leading a successful six-year campaign to reform the FBI's forensic Crime Lab, the NWC's Forensic Justice Project (FJP) has taken on a review of misconduct in crime labs nationwide. The cases under review have impacted many potential wrongful convictions, resulted in the review of thousands of cases, and given freedom to wrongfully convicted defendants. In addition to reviewing misconduct at state crime labs, the FJP continues to monitor and expose problems within the FBI and FBI Crime Lab.[3] 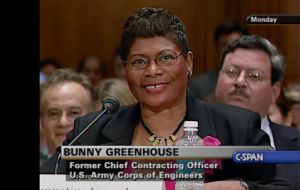 Bunny Greenhouse, former chief contracting officer of the United States Army Corps of Engineers, testified in June 2005 before a Democratic party public committee. Her testimony included allegations against Halliburton of instances of waste, fraud and other abuses with regards to its operations in the Iraq War. After standing up and "blowing the whistle," she was demoted and removed from her position as the chief civilian contracting authority of the Corps. In July 2011, she won close to $1 million in full restitution of lost wages, compensatory damages, and attorney fees.[4]

In 1999, former FBI special agent Jane Turner brought to the attention of her management team serious misconduct concerning failures to investigate and prosecute crimes against children in Indian Country and in the Minot, North Dakota community. Turner also reported on misconduct related to the potential criminal theft of property from the 9/11 Ground Zero crime scene in New York City by Minneapolis FBI personnel. Although she was considered one of the best agents working in Indian Country, Turner's twenty-five year career with the FBI was brought to a halt when she was forced from service as retaliation for what FBI management termed as "tarnishing" the image of the FBI. 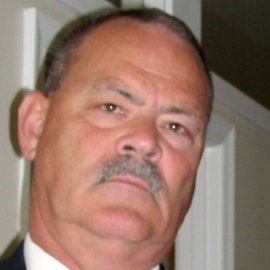 Frederic Whitehurst is the Executive Director of the NWC's Forensic Justice Project. Dr Whitehurst received a PhD in Chemistry from Duke University, a J.D. from Georgetown University. He joined the FBI in 1982 and served as a Supervisory Special Agent in the FBI Crime Lab from 1986 to 1998. He retired after winning the first-ever whistleblower case against the FBI.

Dr Coleman-Adebayo was a senior policy analyst for the United States Environmental Protection Agency (EPA). She founded two employee-rights groups, EPA Employees Against Racial Discrimination and the from service as retaliation for what FBI management termed as "tarnishing" the image of the FBI. Through her leadership, the No-FEAR Coalition, working closely with Representative James Sensenbrenner, organised a successful grass-roots campaign and obtained overwhelming Congressional support for the "Notification of Federal Employees Anti-discrimination and Retaliation Act." The No-FEAR Act was signed into law by President Bush in 2002.

NWC has championed the case of one of the highest ranking drug whistleblowers in American history, Dr Jonathan Fishbein, who exposed a series of unethical and improper medical problems within the National Institutes of Health's drug safety clinical trials program. In the wake of Dr Fishbein's allegations, the United States Department of Health and Human Services enacted sweeping conflict of interest reforms and promised protection of senior ranking employees who blow the whistle. Additionally, drug companies have instituted voluntary reforms in an effort to circumvent congressional acts. Regardless of the scandals that have rocked the drug agency, Congress has still not enacted federal protection for drug whistleblowers.