Marmara University (Turkish: Marmara Üniversitesi) is a public university in Istanbul, in Turkey.

Imperial College of Medicine, currently the Haydarpaşa Campus of Marmara University in the Kadıköy district of Istanbul.

Marmara University with more than 3000 distinguished faculty members and a student body reaching 60.000 is on several campuses scattered throughout the cosmopolitan city of Istanbul. It has been one of the leading institutions of higher education in Turkey for 124 years. The university promoted itself rapidly to international stature together with the faculties of Engineering, Medicine and Dentistry where the media of instruction are Turkish and English. The university includes the Faculty of Economics and Administrative Sciences, which provides education in five languages: Turkish, English, French, Arabic, and German, thus making Marmara University the only “multilingual” university in Turkey. Having a remarkable success especially in the areas of Medicine, Law and Fine Arts, the faculty members and the students compete in their participation and dedication to academic work to enhance the education quality and the effective implementation of scientific studies in Marmara University.

Marmara University provides up-to-date contemporary education, fulfilling the requirements of today's modern society with the guidance of the norms of enlightenment and prepares students for the future through participatory democratic administration in accordance with the principles set by the constitution of Turkey. In pursuit of these goals, 2839 faculty members are employed, including 558 professors, 234 associate professors, 569 assistant professors, 237 lecturers, 987 research assistants, 172 instructors, 78 specialists, and 3 translators, 1 education planner along with 1354 administrative personnel. 500 faculty members are teaching at other universities, thus sharing their knowledge and experience of Marmara tradition. 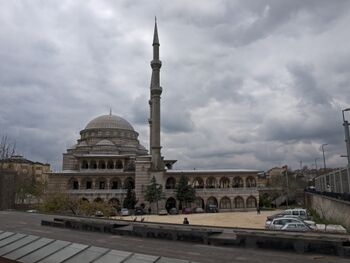 Marmara University has 57,000 students, of whom 44,661 are undergraduate students and 7,406 graduate students. A total of 1,354 foreign students from 73 countries are studying at the institution. Female students constitute 54% of the total population.[1] 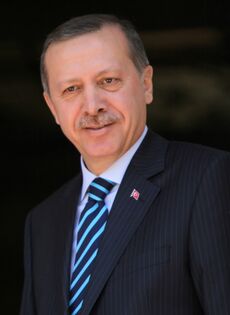