Marius Schoon was educated at the Afrikaans Stellenbosch University, before moving to the University of the Witwatersrand in Johannesburg for his postgraduate studies. While there he became a member of the South African Congress of Democrats (SACOD) in association with the African National Congress (ANC).[1]

In the early 1960s, Marius Schoon plotted to bomb the Hospital Hill Police Station in Johannesburg. His group included Mike Ngubeni and Raymond Thoms. An undercover police agent provocateur infiltrated Schoon's group and supplied them with a fake bomb with a view to entrapment. Schoon was arrested and sentenced to 12 years in Pretoria Local Prison. Schoon's first wife Diana committed suicide while Schoon was in prison. As an Afrikaner himself, Schoon was more hated than other anti-apartheid activists by South Africa's National Party regime which had instituted the apartheid system. The regime prevented him from attending Diana's funeral and from visiting their daughter Jane.[2] Authorities released Schoon from prison in 1976 after he had served his full term without remission, but with requirements to restrict his movements. Schoon was then declared a "banned" person, which meant he was prohibited from leaving home between 6am and 6pm, and was not allowed to teach or associate with other political activists.

In June 1977, Schoon married Jeannette Curtis, a banned student and trade union activist. The couple feared for their safety in South Africa and moved to Botswana, first to the capital Gaborone, then to Molepolole, teaching at Kgari Sechele Secondary School, and later back to Gaborone where they jointly ran the Botswana branch of the International Voluntary Service, all the while continuing to work for the anti-apartheid movement. They had two children: Katryn (1978) and Fritz (1982). During this time, internally within the African National Congress, the Schoons broke the cover of an apartheid regime spy named Craig Williamson, later publicly confirmed as a highly successful infiltrator of the liberation movements. This allowed the ANC leadership to attempt to manipulate Williamson covertly for the movement's ends for a time. Later, following a warning from Wilfred Jones, British High Commissioner in Botswana, that Marius was a target for assassination by the apartheid government security forces, the Schoon family moved to Angola via Lusaka, Zambia.

Both Marius and Jeannette Schoon then worked as university lecturers with the ANC in Lubango, Angola. On 28 June 1984, while Schoon was away, Jeannette collected — either from their personal postbox or from the University mail office — and carried home a parcel bomb, which exploded on opening. It has not been established whether the bomb was addressed to Marius Schoon individually or to both the Schoons as a couple. The explosion killed Jeannette and their daughter Katryn. Their son Fritz, a two-year-old toddler at the time, survived and was found wandering around the house. He never fully recovered from the trauma of seeing his mother and sister murdered before his eyes and developed epilepsy as a direct consequence. After the bombing, Schoon and son moved several times, first to Tanzania, then Zambia and eventually to Ireland.

In 1986, Schoon married Sherry Mclean an Irish woman who had met Marius while volunteering in Tanzania in a school established by the ANC. The couple returned to South Africa in 1991 after the ban on anti-apartheid parties was lifted. He died on 7 February 1999 from lung cancer, aged 61.[3] In a tribute to Marius Schoon, Nelson Mandela said:

"He was an enduring example of the fight for non-racialism and democracy. He destroyed the myth that all Afrikaners were racists and oppressors. He therefore will be greatly missed.”[4]

At the Truth and Reconciliation Commission amnesty hearings, Craig Williamson admitted that as a security officer working for the apartheid government, he had sent the parcel bomb to Schoon's house in Angola and killed Schoon’s wife and daughter.

"I did not know who the letters were intended for. It was only after the death of Jeannette Schoon and her child and the congratulations from Mr Williamson, that I realised that they had been the targets for one of the devices I had manufactured. On questioning Williamson about the Schoon incident he said that the letter had been intended for Marius Schoon but it served them right. He alleged that the Schoons had always used their daughter as their bomb disposal expert. On requesting clarification he said that whenever they received suspicious parcels they would throw them in the back yard and let the child play with them until such time they deemed it fit to open them."

Schoon filed a civil suit against Williamson, seeking damages for his son Fritz. However, the suit was suspended pending Williamson’s amnesty hearing. Schoon testified at Williamson’s hearing and[6] is remembered for his strong stance against[7] amnesty being granted to the killer. Schoon favoured justice over the Truth and Reconciliation Commission’s call for an amnesty, which was however granted to Williamson in June 2000, a year after Schoon’s death.[8]

In 2002, an amnesty review application was brought jointly by the guardian of then minor Fritz Schoon and Ruth First's three daughters, Shawn, Gillian and Robyn, whose father was the late Joe Slovo - a former South African Communist Party leader and an ANC minister.

Williamson approached the families for an out-of-court settlement on condition that the case would be withdrawn. In the event, Williamson failed to pay a large, but undisclosed, sum to Fritz Schoon, for a scholarship fund which was to be set up in compensation for the trauma he suffered from the deaths of his mother and sister. The case came back to court in April 2008 when Fritz Schoon reported that although the settlement was intended to benefit himself and the Slovo sisters, they did not want any of the money. In 2004, author Gillian Slovo said that the money was intended for Fritz and that he would be the sole beneficiary:

"It is not really our money," she said about the Slovos' joint application with the Schoons. "It is for Fritz to use. But obviously we are joined in death with Fritz."

But in April 2008 the court heard that the man dubbed South Africa's "superspy" was "broke" and was unable to honour the settlement agreement. He offered to pay Fritz about a third of the money:

"I felt insulted that he could say that he is broke and offer me so little money," Fritz told the Saturday Star. "This is not about the money, it is about the principles. But the only way to get a man like this is through his pockets."

Fritz, a postgraduate student at the University of Witwatersrand, said his pursuit of Williamson was not "emotional", because he was only three at the time his mother and sister were killed. His attorney, Karien Norval, said the court found Williamson had breached his contract and violated a court order:

"The sequestration order will be made final on 27 May 2008. But in the interim, ads will be placed in newspapers for other creditors to come forward and to find his assets. Thereafter his assets will be sold to recover the funds," said Norval.

Fritz Schoon said he would use the money to start a university scholarship.[9] In the event, none of Williamson's assets were recovered and he was declared insolvent in South Africa. Williamson currently works from Botswana where he owns that country’s only cigarette manufacturer, Benson Craig Pty Ltd.[10]

This page imported content from Wikipedia on 17 March 2016.
Wikipedia is not affiliated with Wikispooks.   Original page source here
Retrieved from "https://wikispooks.com/w/index.php?title=Marius_Schoon&oldid=92994"
Categories:
... more about "Marius Schoon"
RDF feed
Born on
June 22, 1937 +
Constitutes
Teacher +  and Anti-apartheid activist +
Died on
February 7, 1999 +
Has almaMater
Stellenbosch University +  and University of the Witwatersrand +
Has image 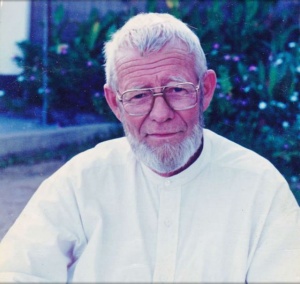