Kenneth Roy, born and brought up in Falkirk, Scotland, is a journalist and author. After ten years working as an anchorman in BBC TV News and Current Affairs he became a critic and columnist in the print media, notably Scotland on Sunday and the Observer. He founded The Institute of Contemporary Scotland in 2000 and became editor of online campaigning journal the Scottish Review.[1]

On 11 June 2014, Kenneth Roy wrote the following article entitled "A good man, a smear, and the Crown Office":

There are many reasons to be pessimistic about the outcome of the appeal lodged by the family of the late Abdelbaset al-Megrahi, the man convicted of the Lockerbie bombing. I have just finished reading one of those reasons.

There has been one, only one, public hearing in Scotland of the facts about Lockerbie. (I disregard the unsatisfactory criminal trial of Megrahi and one other, which took place in the Netherlands, though under Scottish jurisdiction.) This was the Fatal Accident Inquiry (FAI) heard by Sheriff John Mowat in 1990, two years after the disaster.

The choice of location seems, in retrospect, grimly appropriate: the recreation hall of a psychiatric hospital, converted into a courtroom with seating for 400. When I turned up one morning and reported to the media centre, I found it deserted. There were dozens of desks and cubicles for the international press, but only a handful of them had ever been occupied and there was no need to connect the telephones. Visiting this ghostly place was a strange experience.

In the courtroom itself, the anticipated throng of relatives and interested parties had never materialised: the public benches were deserted. Heavy, dark green curtains, tightly drawn, enabled the proceedings to be conducted in an atmosphere of stygian gloom.

The symbolism was thus complete: in a room shedding no natural light, witnesses presented their testimony to an empty auditorium and, beyond, to a world that had seemingly lost interest. But it is instructive to look back at that under-reported inquiry from the distance of almost quarter of a century – if only for proof that the truth about Lockerbie will probably never be known.

The part of the transcript I had been reading, just before the announcement of the Megrahi appeal, was the evidence of a policeman, a member of the now disbanded Dumfries and Galloway constabulary, concerning the activities of Dr David Fieldhouse.

The name David Fieldhouse may mean nothing to you, yet he is a figure of some importance in the saga. He was sitting in front of the television in his home in Yorkshire on the evening of 21 December 1988 when the first news of the disaster flashed on the screen. His reaction was impulsive. He got into his car and drove all the way from Bradford to Lockerbie, arriving at around 10.50pm.

He immediately contacted the authorities, explained that he was a police surgeon, and offered to help with the search for bodies (there was never any hope of finding survivors). The police accepted his offer and, bearing in mind the Scottish requirement for corroboration, assigned an officer to accompany him. Over the course of the next 24 hours, more than one police officer accompanied him.

Dr Fieldhouse worked through the night and all of the following day; he did so without pausing for sleep and with nothing to eat except a biscuit. It was a heroic one-man undertaking. By the time darkness fell on 22 December, he had found and labelled 59 bodies.

On the morning of the 23rd, he was due to meet a senior police officer at a pre-arranged rendezvous (Tundergarth Church). He waited two hours. When it became clear that the Detective Chief Inspector was not going to show up, Dr Fieldhouse drove back to Yorkshire and compiled a report on his work – an account that he had already given in detail, verbally, on the spot. He was then surprised to learn that his 59 tags had been replaced by 58 'official' ones. There was one missing. It remains a mystery.

David Fieldhouse received no thanks from the police for his act of selfless dedication. He went back to work and, so far as possible, put Lockerbie behind him. Two years later, he was shocked to learn that there had been an attempt by the Crown Office and the police to call his integrity into question.

A police witness at the Fatal Accident Inquiry in Dumfries was asked by the Crown about one of the bodies found and labelled by Dr Fieldhouse:

Q. Would that be another example of Dr or Mr Fieldhouse carrying out a search on his own?
A. It would, my Lord.
Q. And marking the body of the person who is dead without notifying the police?
A. That is correct.

The content of that brief extract is utterly disgraceful on two counts. First there is the innuendo that Dr Fieldhouse was not a doctor at all – that some medically unqualified individual, a mere 'Mr', an imposter in effect, took it upon himself to go looking for bodies. Second there is the specific allegation that he did so without the authority of the police.

Neither the innuendo nor the allegation was true. The police officers who accompanied Dr Fieldhouse confirmed that they were present in every case when he pronounced life extinct, and that the procedures he followed were scrupulous.

Why, then, did the Crown Office, assisted by the Dumfries and Galloway police, spread untruths about him in this way? The only alternative explanation – that it was all the result of some unfortunate misunderstanding – is hard to swallow. The Crown Office had had the best part of two years to assemble the facts; and there were few more central to the purpose of the Fatal Accident Inquiry than the facts about the recovery and identification of bodies. Yet not only did the Crown Office misrepresent what happened on the night of 21-22 December 1988; for no apparent reason they decided to smear David Fieldhouse.

It was left to Dr Fieldhouse to request an opportunity to clear his name. As a late witness, he duly did. But from the Crown Office there was no explanation and no apology. The only person who ever had the decency to apologise was the blameless Sheriff Mowat in his written determination.

The experience of David Fieldhouse is one of the reasons why the truth about Lockerbie will probably never be known. It is a vignette that, like so many vignettes, illuminates a larger canvas.

Put it this way. If the Crown Office was prepared to rubbish the reputation of a completely innocent man, who had acted in the public service for no personal gain whatever, we can expect it to have little difficulty in confirming the guilt of someone over whom a considerable doubt continues to linger – the late Abdelbaset al-Megrahi.[2]

In August 2014, two months after his Lockerbie article, Kenneth Roy wrote an open letter to readers of the Scottish Review:

“It is almost time to pass on the torch. On 7 January 2015, I will relinquish the editorship, hang my last prejudice out to dry, and give up journalism.

“A vacancy arises for a modestly remunerated part-time appointment. Expressions of interest are invited. If you have a notion to be only the second editor of the Scottish Review in human history, let’s be hearing from you no later than Friday 29 August.

“The new editor should have a working knowledge of Scotland, a rough ability with words, a desk and chair of some kind, and a respect for the magazine’s sceptical traditions."[3]

A former "Man of the Year" in his home town of Falkirk, Kenneth Roy began his writing career on the now defunct Falkirk Mail. He enjoyed a brief spell as greyhound racing tipster with the Daily Record before becoming one of the youngest reporters on the old Glasgow Herald.

He launched the Scottish Theatre magazine at the age of 24 but three years later switched to presenting Reporting Scotland on BBC TV – establishing himself as a current affairs anchor man on television and radio.

He left the BBC to establish West Sound, a new independent local radio station in south-west Scotland, before founding Carrick Media which publishes "Who’s Who" in Scotland.

After a 21-year break, Roy resumed his journalistic career as a weekly columnist on the launch edition of Scotland on Sunday in 1988. A daily column on The Scotsman followed – twice being named "Critic of the Year" in Scotland – as well as writing five books.

After the launch of the Scottish Review, he founded the Institute of Contemporary Scotland – now publisher of the online magazine – in 2000 with Magnus Magnusson as its first patron and himself as first director.

As chairman of the Young Scotland programme, he intends to devote more time to a project which encourages debate and exchange of ideas among young adults.[4] 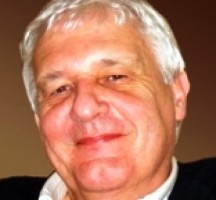