Jim Sheridan is an Irish film director. A six-time Academy Award nominee,[1] Sheridan is perhaps best known for his films My Left Foot, In the Name of the Father, The Field and In America.

In April 2014, Jim Sheridan announced plans to make a new drama about the 1988 Lockerbie bombing which claimed the lives of 270 passengers and locals, and now Sheridan has teamed up with screenwriter Audrey O'Reilly to develop a script he will direct. In Spring 2015, it was announced that the film script is being finalised, the two leading stars will be known mid-Summer and first shoots will be late Autumn.[2] Sheridan revealed his Lockerbie drama will centre upon activist Jim Swire, who lost his daughter Flora in the tragedy when Pan Am Flight 103 was blown up over the Scottish village.[3] The doctor has always maintained Abdelbaset al-Megrahi, the alleged Libyan intelligence officer who was jailed for the bombing, was not guilty. Megrahi was released from prison on compassionate grounds in 2012 after he was diagnosed with terminal cancer. Al Jazeera's recent documentary "Lockerbie: What Really Happened?" suggested members of a Syrian terrorist group were responsible for the disaster. Sheridan hopes his film will help to answer many outstanding questions about the Lockerbie bombing. He says:

"It's scary what they didn't reveal to us at the time. It doesn't really matter, the people are dead and you can't bring them back to life. But in the future, we need clear investigations of these things."[4] 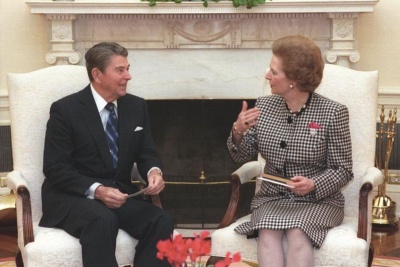 "I think almost none of the American families will have any interest in this at all if it is told from Jim Swire's perspective. While we do respect him as a father of a victim, we do not feel the same way that he does at all and we never have felt that way. My first husband was killed in the bombing and I was present at about 90% of the trial of Megrahi and Fhimah. I heard the same evidence that Dr Swire did but came to a completely different opinion. I think that almost all of the US families feel more like I do than the way he does. I have no interest in seeing this propaganda film."[6]

Interviewed by The Daily Beast on 29 April 2014, Frank Duggan, Richard Marquise and Buck Revell joined Kathy Tedeschi in a chorus of criticism of Jim Sheridan.[7]

Jim Swire anticipated just such an American reaction to the new campaign by 20 UK-based Lockerbie families to have the evidence that led to Megrahi’s conviction to be re-examined. He said:

"I have not approached US relatives because there is a fixed idea among nearly all of them that Megrahi was guilty because the court found him guilty. They don’t appear to me to be interested in re-examination of evidence that led to his conviction. I think to ask them to join in this would be to invite vehement antagonism."[8] 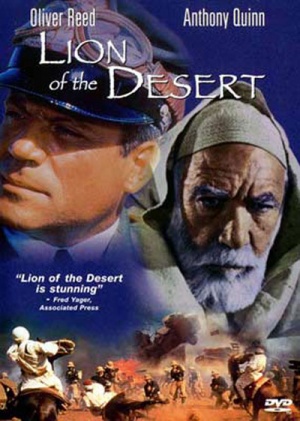 Notable among the films is "Lion of the Desert" which is scheduled to be screened on May 11 in Dublin's Light House Cinema at 13:00.[9] The screening will be followed by a coffee break before a discussion of the film at the Red Room at 18:15, to be chaired by festival president Jim Sheridan and Dr Jim Swire (early booking advised.)

Set against the backdrop of the Libyan Desert in 1929, this historical action film stars Anthony Quinn as tribal leader Omar Mukhtar, who becomes a key hero in the Libyan resistance to Italian Fascist invasion under the command of General Rodolfo Graziana (Oliver Reed). Despite its casting, "Lion of the Desert" is not a Hollywood film; directed by Moustapha Akkad, funded by Muammar Gaddafi and banned in Italy on its release in 1981, it is a Libyan story. Described by cinema historian Stuart Galbraith IV as "a fascinating look inside a facet of Arab culture profoundly significant yet virtually unknown outside North Africa and the Arab world", it is a highly cinematic epic adventure, featuring compelling performances, impressive battle scenes, and a wartime epic on a grand scale.

The film's trailer on YouTube is here and a two-part version of "Lion of the Desert" can be viewed here and here.[10][11]

Sheridan was born in Wicklow, the son of Anne and Pete Sheridan, an actor and railway worker.[12] Sheridan was initially educated by the Irish Christian Brothers and later graduated from University College, Dublin. He emigrated to Canada and then New York City in 1981.[12]

In 1989 Jim, or Shay Sheridan wrote five plays. The first, an Irish beggar's opera called "The Ha'penny Place", was staged in the Project Arts Centre, and the second, a piece of agitprop theatre called "The Last Post", was staged nearby in Connolly Hall. Interestingly, an actor called Jer O'Leary, a long time friend and political associate of Jim's, appeared in both these plays, and went on to appear in small parts in almost all of Sheridan's pictures. In 1989, he directed My Left Foot, which became a critical and commercial success and won Daniel Day-Lewis and Brenda Fricker Academy Awards. He followed that with The Field (with Richard Harris) in 1990; then with In the Name of the Father in 1993, a fictionalised re-telling of the case of the Guildford Four. The film won the Golden Bear at the 44th Berlin International Film Festival.[13]

In 1996 he co-wrote Some Mother's Son with Terry George. The Boxer (with Daniel Day-Lewis) was nominated for a Golden Globe for best film drama in 1997. In 2003, he released the semi-autobiographical In America, which tells the story of a family of Irish immigrants trying to succeed in New York. The film received positive reviews and earned Samantha Morton and Djimon Hounsou Academy Award nominations. In 2005 he released Get Rich or Die Tryin, a film starring rap star 50 Cent. He is connected with the upcoming film adaptation of Artemis Fowl and is rumoured to have written the screenplay and been asked to direct it.

Sheridan has three daughters, Naomi Sheridan, Kirsten Sheridan and Tess Sheridan, with whom he has collaborated, most notably with Naomi and Kirsten on the screenplay for In America.

This page imported content from Wikipedia on 26 April 2014.
Wikipedia is not affiliated with Wikispooks.   Original page source here
Retrieved from "https://wikispooks.com/w/index.php?title=Jim_Sheridan&oldid=220384"
Categories: