Jesse Katz is a journalist for the Los Angeles Times who covered crime for about 30 years.[1]

“If there was an eye to the storm, if there was a criminal mastermind behind crack's decade-long reign, if there was one outlaw capitalist most responsible for flooding Los Angeles' streets with mass-marketed cocaine, his name was Freeway Rick (Ross)... Ross did more than anyone else to democratise it, boosting volume, slashing prices and spreading disease on a scale never before conceived... South-Central's first millionaire crack lord... While most other dealers toiled at the bottom rungs of the market, his coast-to-coast conglomerate was selling more than 500,000 rocks a day, a staggering turnover that put the drug within reach of anyone with a few dollars.”
Jesse Katz (20 December 1994)  [3]

“The crack epidemic in Los Angeles followed no blueprint or master plan. It was not orchestrated by the Contras or the CIA or any single drug ring. No one trafficker, even the kingpins who sold thousands of kilos and pocketed millions of dollars, ever came close to monopolizing the trade... How the crack epidemic reached that extreme, on some level, had nothing to do with Ross... [who was one of many] interchangeable characters... dwarfed by [other dealers].”
Jesse Katz (20 October 1996)  [3] 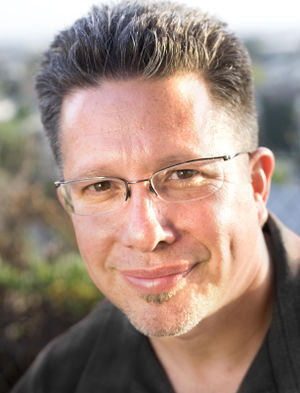 +
Has image2
File:Jesse Katz.jpg +
Has noRatings
0 +
Has objectClass
Person +
Has objectClass2
Person +
Has revisionSize
2,257 +
Has revisionUser
Robin +
Has twitter
https://mobile.twitter.com/byjessekatz +
Has website
http://www.byjessekatz.com/ +
Is not stub
true +
Has subobject"Has subobject" is a predefined property representing a container construct and is provided by Semantic MediaWiki.
Jesse Katz +  and Jesse Katz +