Ioan Talpeș is a Romanian soldier, spook and politician. He was head of the Romanian Foreign Intelligence Service (SIE) from 1992 to 1997. As the man who introduced Willem Matser to Ovidiu Tender[1] he is a figure in the Matser affair.

Following the Romanian Revolution of 1989 and the fall of Nicolae Ceaușescu, Talpeș relinquished his position at Editura Militară, and from July 1990 to April 1992 was an advisor to Romanian President Ion Iliescu. In March 1992, Talpeș was appointed head of SIE, a position he held until 1997. During this period, Talpeș was promoted to the rank of general. In 1997-8, Talpeș served as Ambassador to Bulgaria and acted as an advisor to President Ion Iliescu from 1999 to 2000. On 8 March 2004, Romanian Prime Minister Adrian Năstase appointed Talpeș State Minister for the Coordination of National Defense, European Integration, and Justice, one of three "super minister" positions created as part of the government reshuffle to prepare for entry in the European Union. In December 2004, Talpeș was elected to the Parliament of Romania to represent his home county of Caraș-Severin.

Knowledge/Authorisation of Torture by the CIA

Ioan Talpeș is particularly mentioned in the report of the investigator of the Council of Europe into illegal activities of the CIA in Europe, Dick Marty, as someone who authorized or at least knew about and have to stand accountable for torture prisons on the military base Mihail Kogălniceanu from 2003 to 2005.[3] In April 2015, Talpeș confirmed to Der Spiegel that from 2003-2006, he had allowed the CIA use of a building in Bucharest. Talpeș stated he never visited the building and explicitly told his CIA counterpart that the Romanians did not want to know what was taking place inside.[4] 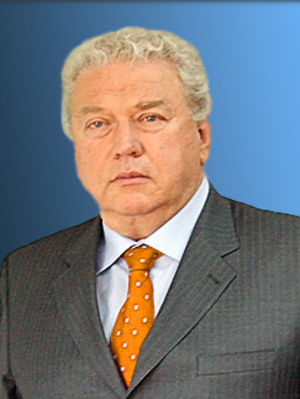