East China Normal University (ECNU) is a comprehensive public research university in Shanghai. It was formed in 1951 by the merger of the Great China University founded in 1924 and Kwang Hua University (est. 1925) which had its ultimate origins in the St. John's College established in the city in 1879. Its original role was to train teachers for secondary and higher education, as suggested in the name "Normal", but very soon housed top-class researchers and evolved into an elite research-intensive university.[1]

ECNU is a Chinese Ministry of Education Class A Double First Class University.[3] It is often considered to be one of the most prestigious universities in China and is internationally recognized, as evidenced by its partnerships with institutions around the world. Sponsored by the national program "Project 211" and "Project 985",[4] the university is a frontrunner in the nation's research and innovation,[5][6][7] and has been dubbed as the "Columbia of the East".[8] The university also has strong ties with the China Meteorological Administration, State Oceanic Administration and the Chinese Academy of Sciences.[9] 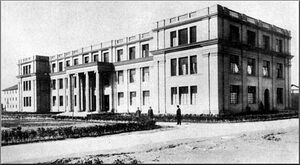 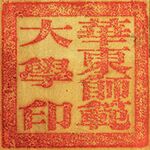 East China Normal University traces its roots to the formation of the St. John's College (later to become St. John's University) in 1879, and its heritage has had a deep influence in the development of Chinese modern higher education.[10]

In 1879, St. John's College was founded by William Jones Boone and Joseph Schereschewsky, Bishop of Shanghai, by combining two pre-existing Anglican colleges in Shanghai. In 1905, the College became St. John's University and was registered in Washington D.C. in the United States. It was the first institution to grant bachelor's degrees in China, starting in 1907.

After the May Thirtieth Movement in 1925, some academics and students left the St. John's University, later forming the private Kwang Hua University to support the labor and anti-imperialist movement during the middle period of the Republic of China era.

In 1924, after a student protest at the Xiamen University in Fujian some academics fled north to Shanghai, where they established what became the Great China University (also known as Daxia University).

Establishment of the university

Siqun Auditorium built in 1946, named in memory of Wang Boqun, former president of the Great China University and the first Minister of Communications.

After the founding of the People's Republic of China, East China Normal University was officially formed in 1951 by the merger of the Great China University and the Kwang Hua University, and was joined at the same time by a number of faculty members from Fudan University, Tongji University, University of Shanghai and East China PE Academy, making it the first national teacher training university of the People's Republic of China. This was done in part due to the government's desire to pool these institutions' resources into a single, stronger entity, cultivate talents with professional knowledge and promote the development of education in the country.

In the 1950s, the Chinese government regrouped the country's higher education institutions in an attempt to build a Soviet-style system. Under this policy, most of faculties from Saint John's University, Zhejiang University, University of Shanghai, Utopia University, Aurora University were incorporated into ECNU to form a comprehensive multi-disciplinary university. Some of the academics at the Tongji University and Jiaotong University were also transferred to ECNU.[11]

In March 1959, ECNU was authenticated as one of the first 16 National Key Universities in China, and this status was reaffirmed in 1978. From 1972 to 1980 (during the Cultural Revolution in mainland China), five schools including ECNU were merged to create Shanghai Normal University, and in 1980 its original name was resumed.[12] 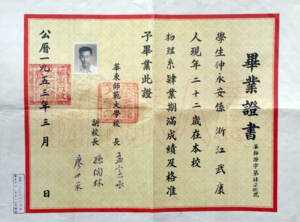 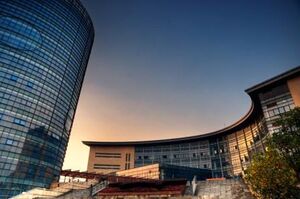 In June 1986, ECNU was selected to be one of the first 33 higher education institutions authorized, by the State Council, to establish their graduate schools. In 1996, ECNU passed the prerequisites appraisal and became one of universities sponsored by the major national program "Project 211". In 2006, the Ministry of Education and Shanghai Municipality signed into a partnership for co-sponsoring the development of the university, qualifying ECNU as a member of the "Project 985" and facilitating ECNU's efforts and progress toward a comprehensive, research-oriented and internationalized world-class university.

ECNU is now under the direct auspices of the Ministry of Education. The University sponsors or supervises publication of more than 20 academic journals and periodicals. The library collection exceeds 4,000,000 volumes. 25 primary or secondary schools are affiliated to the university.

The university has established strategic cooperative partnership with universities such as École Normale Supérieure and its group in France, the University of Pennsylvania and Cornell University in USA, Tokyo University and Kobe University in Japan, and the University of Melbourne in Australia, the University of Warwick in the UK, etc. It has been carrying out academic exchanges with over 150 universities and institutions of Great Britain, France, Germany, Japan, the United States, Canada, Australia, Korea, and Russia, etc. ECNU plays host to a CIEE satellite campus, where 100 American college students study each semester. The university also runs an Online College of the Chinese language in collaboration with the National Office for Teaching Chinese as a Foreign Language (NOCFL), which is the first of its kind to be established in the country with over 5,800 students in 137 countries and regions. In 2008, it set up the NOCFL Study and Training Base for International Chinese Teachers.

Along with several other Chinese universities, East China Normal University has hosted the United Kingdom (UK) government-funded Study China Programme for a number of years.[19] In this programme, students from UK institutions spend one to two summer months studying Mandarin Chinese and Chinese culture at a university in China. The programme is organised by the University of Manchester and is fully funded by UK government bodies, such as the Department of Business, Innovation and Skills. Its purpose is to strengthen ties between UK university students and China, in particular as relatively few British students enroll in degrees in China. The programme has increased relations between ECNU and numerous leading UK universities.

Sponsored by Shanghai Municipal Education Commission and Shanghai Foreign Affairs Office, the Diplomats' Program has been organized by ECNU since 2011. In this program, consular officials from over 20 countries spend two months during summer studying at East China Normal University.[20] 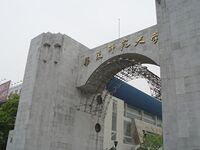 In business and media