Document:The scariest thing about Brussels is our reaction to it 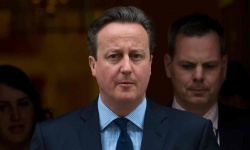 Wikispooks Comment Uncommonly perceptive take on the Mass murder in Brussels, from an uncommonly perceptive commercially-controlled media journalist. He leaves a lot unsaid about the precise origins of western terrorist attacks; but says nothing that rules out much fuller and darker explanations of the who, how and why of their planning and execution, than the simplistic absurd pap that is the common fare of the commercially-controlled media

Think like the enemy. Let’s suppose I am an Islamic State terrorist. I don’t do bombs or bullets. I leave the dirty work to the crazies in the basement. My job is what happens next. It is to turn carnage into consequences, body parts into politics. I am a consultant terrorist. I wear a suit, not explosives. A blood-stained concourse is a means to an end. The end is power.

This week I had another success. I converted a squalid psychopathological act into a warrior-evoking, population-terrifying, policy-changing event. I sent a continent into shock. Famous politicians dropped everything to shower me with cliches. Crowned heads deluged me with glorious odium.

I measure my success in column inches and television hours, in ballooning security budgets, butchered liberties, amended laws and – my ultimate goal – Muslims persecuted and recruited to our cause. I deal not in actions but in reactions. I am a manipulator of politics. I work through the idiocies of my supposed enemies.

Textbooks on terrorism define its effects in four stages: first the horror, then the publicity, then the political grandstanding, and finally the climactic shift in policy. The initial act is banal. The atrocities in Brussels happen almost daily on the streets of Baghdad, Aleppo and Damascus. Western missiles and Isis bombs kill more innocents in a week than die in Europe in a year. The difference is the media response. A dead Muslim is an unlucky mutt in the wrong place at the wrong time. A dead European is front-page news.

So on Tuesday the TV news channels behaved like Isis recruiting sergeants. Their blanket hyperbole showed not the slightest restraint (nor for that matter did that of most newspapers). The BBC flew Huw Edwards to Brussels. It flashed horror across the airwaves continually for 24 hours, incanting the words “panic”, “threat”, “menace” and “terror”. Vox pops wallowed in blood and guts. One reporter rode a London tube escalator to show possible future targets, to scare the wits out of commuters. It was a terrorist’s wildest dream.

With the ground thus prepared, the politicians entered on cue. France’s President Hollande declared “all of Europe has been hit”, megaphoning Isis’s crime. His approval rating immediately jumped.

David Cameron dived into his Cobra bunker and announced the UK “faces a very real terror threat” [1]. An attack is now “highly likely”, according to the security services. Flags fly at half-mast. The Eiffel Tower is decked in Belgian colours. President Obama interrupts his Cuba visit to stand “in solidarity with Belgium”. Donald Trump declares that “Belgium and France are literally disintegrating”. It is hard to imagine what could more effectively promote the Isis cause.

Osama bin Laden set out on 9-11 to depict western nations as feckless and paranoid, their liberalism a surface charade easily punctured. A few explosions and their pretensions would wither and they would turn as repressive as any Muslim state.

By Tuesday evening, such a feeding frenzy was in full flood as the security lobby piled in. Cameron’s snoopers’ charter (or “investigatory powers” bill) [2] was lauded as vital to national security. This is despite continued opposition both in parliament and from intelligence experts. This month in the Times, former NSA technical director Bill Binney ridiculed the bill’s “incredibly intrusive” powers of untargeted interception. Each citizen’s browsing history will soon be in the possession of the government, vulnerable to hacking by every marketer and blackmailer in the land.

Under the government’s Prevent strategy, [3] universities and schools must develop programmes to counter “non-violent extremism, which can create an atmosphere conducive to terrorism”. The bureaucracy will be awesome. Primary schools are reportedly asking children to spy on one another to check “suspicious behaviour”. So must passengers on Virgin trains, as requested after each station. England is becoming old East Germany.

The Brexit camp, in the person of Ukip’s Nigel Farage, claims that Brussels proves the need to leave Europe. The home secretary, Theresa May, says the opposite. Terrorists would roam free, she says, since it would take 143 days to process terrorist DNA samples as against 15 minutes in the EU.

Reacting to terrorist incidents otherwise, in ways that do not play into terrorism’s hands, may seem hard. A free media feels a duty to report events, as politicians feel a duty to show they can protect the public. That it’s hard to show restraint is no excuse for actively promoting terror. Everyone involved in this week’s reaction, from journalists to politicians to security lobbyists, has an interest in terrorism. There is money, big money, to be made – the more terrifying it is presented, the more money.

We can respond to events in Brussels with a quiet and dignified sympathy, with candles and silences. To downplay something is not to ignore it. The terrorists have specific aims, deploying their atrocities for a political cause. There is no sensible defence in a free society against atrocity. But there is a defence against its purpose. It is to avoid hysteria, to show caution and a measure of courage, not Cameron’s lapse into public fear. It is not to alter laws, not to infringe liberties, not to persecute Muslims.

During the more dangerous and consistent IRA bombing campaigns of the 1970s and 1980s, Labour and Conservative governments insisted on treating terrorism as criminal, not political. They relied on the police and security services to guard against a threat that could never be eliminated, only diminished. On the whole it worked, and without undue harm to civil liberties.

Those who live under freedom know it demands a price, which is a degree of risk. We pay the state to protect us – but calmly, without constant boasting or fearmongering. We know that, in reality, life in Britain has never been safer. That it suits some people to pretend otherwise does not alter the fact. Terrorism: How to Respond, [4] the Belfast academic Richard English defines the threat to democracy as not the “limited danger” of death and destruction. It is the danger “of provoking ill-judged, extravagant and counterproductive state responses”.

The menace of Brussels lies not in the terror, but in the reaction to the terror. It is the reaction we should fear. But liberty never emerges from a Cobra bunker.