Document:The Intellectual Dishonesty of the Guardian 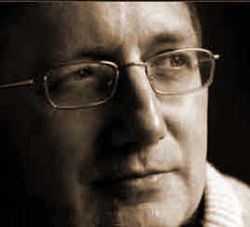 In an instance typical of the morally abhorrent neoliberal propaganda rag that the Guardian has become, it reports that the latest respectable opinion poll puts support for Catalan Independence at 48.7% – while failing to report that the same poll puts opposition to Catalan Independence at 43.6%. By excluding the don’t knows and failing to admit it has done so, the Guardian quite deliberately leads readers to presume that the 48.7% support for Independence means there is a majority against. In fact the true figures are roughly Yes 53%, No 47%, excluding don’t knows.

I don’t know either Stephen Burgen or Jennifer Rankin, the authors of the Guardian article, but I am willing to give them the benefit of the doubt and imagine that there was a period in their lives when they did not intend to become disgusting, stinking, lying worms churning out misleading crap on behalf of the Establishment. But then again, I could be wrong. Maybe they just do anything for money.