Document:The Forde Report is what it isn’t 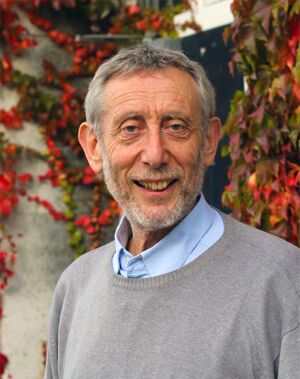 I had expected that when the Forde Report came out there would be a detailed response to it from the people who had frequently quizzed Labour Party leading figures, MPs, rank and file members and supporters about antisemitism in the Labour Party.

I’m sure anyone reading this can remember mainstream commentators doing this many, many times. There was a media presence – a media storm, if you like – about this matter. It was big. In fact, it was bigger than any other forms of racism or prejudice anywhere else in the political scene. Even if it wasn’t stated, the implication of this was that antisemitism was at the time the most serious form of prejudice/racism in the political sphere. Correct me if you think I’ve misinterpreted this.

As I say very boringly (only because people keep asking me), I am not a member of the Labour Party and so have no say in any decisions to do with the Labour Party. For that reason, I’ll stay away from questions of who said what to whom or about whom or why or anything to do with what the rules said, could have, should have said etc.

My main comment after all this is about a mystery: the silence. Given that the antisemitism question was such a big, big issue for at least two years, given that all those commentators had so many questions (and in some cases, plenty of answers), I ask: why the silence?

It seems to me one of those occasions where the silence is more significant than any comments. Consider for example the huge amount of attention that has been given to two words about ‘irony’ that Corbyn said at a meeting. Consider the amount of attention given to how he may or may not have pronounced the name ‘Epstein’, or whether he did or did not look at a photo of a mural. This was detailed stuff, carefully harvested so as to prove a point.

I for one am not going to say this gripped the nation. I can’t believe that constituents of the legendary ‘Red Wall’ were fascinated by discussions about ‘English irony’ and switched their votes because of them. (Surely the fact that most of these constituencies had voted Brexit had something to do with that switch, given that Johnson offered to ‘get Brexit done’? Much more than whether that tranche of voters was getting hot and bothered about Corbyn’s alleged antisemitism.) However, it gripped the broadsheets, grabbed a few headlines in the tabloids, filled hours on the news and news comment programmes, and became established as a ‘fact’ – a ‘meme’ in the original sense of the word as Dawkins meant it to mean.

So…why the silence? Why isn’t the Forde Report all over the comment shows? Why aren’t all the relevant people being quizzed? Why aren’t there on-air discussions and rows going on between the opposing parties (and/or supporters)?

Over the years, a huge amount of analysis has been done of media content by media studies departments etc. I find a lot of it fascinating. The problem with media silence is that it’s very hard to analyse. It just happens. The flood of news stories washes over the story they’re not talking about and it’s gone. What is there left to say? The Forde Report has gone. The Forde Report has left the room. The Forde Report is a late report, a deceased report. It is no longer living.