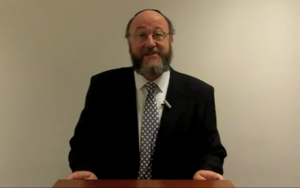 Tuesday was a sad day for British Jews. When we could have been celebrating pledges from the main opposition party to improve protections for faith communities and introduce measures to tackle prejudice, Chief Rabbi Ephraim Mirvis hijacked media attention with an article in The Times attacking Labour leader Jeremy Corbyn.[1] Rather than uniting with other victims of rising bigotry to deal with intolerance and hate across society, Rabbi Mirvis set his face against the one party which has the potential for halting right-wing intolerance in its tracks. He stepped beyond the boundaries of his spiritual role by virtually instructing UK citizens on how to cast their votes on December 12. Imagine the outcry if such a pronouncement had come from a Muslim leader.

We believe Rabbi Mirvis has done a great disservice to Jews in Britain. He has pitted us against what millions see rightly as the greatest set of proposals for progressive, anti-austerity, social reform and egalitarianism most of us have ever seen – and yearn for.

Tuesday was the day on which Jeremy Corbyn launched Labour’s Race and Faith Manifesto.[2] In his speech in advance of the launch, Corbyn addressed specific Jewish concerns:

In government, Labour will do everything necessary to guarantee the security of the Jewish community, defend the Jewish way of life and the right to live it freely, and to combat rising antisemitism in our country and across Europe.

We will protect the rights of Jewish people to practice their religion and ensure public services meet the needs of Jewish people, from coroners’ services conducting quick burials to proper provision of religious and culturally sensitive social care and youth services.

The Manifesto includes serious measures supportive of UK Jews as well as other ethnic and faith groups:

It is a matter of shame to us all that the message of this important policy statement, from the party which we hope will form the next UK government, has been largely drowned out in the media by Rabbi Mirvis’ intervention. The Manifesto’s positive tenor is utterly at odds with the unfounded negativity of Mirvis’ article in which he alleges that “the poison of antisemitism has taken root in the Labour Party” and the “soul of the nation” would be at risk if Jeremy Corbyn were to take up residence in No 10 Downing Street.

This is not the first time Rabbi Mirvis has joined the chorus of voices making unfounded allegations against Corbyn, but Tuesday’s attack represented an unprecedented partisan intervention from a Chief Rabbi, or indeed any faith leader, in a general election. (Mirvis has made no secret of his personal attachment to the Conservative Party.) Furthermore he risks his reputation for probity by repeating accusations whose factual bases have been definitively demolished (though scarcely acknowledged in mainstream media).

Despite his title, the Chief Rabbi can claim to represent at most a third of the 300,000 or so who make up British Jewry – not those many tens of thousands who adhere to the strictly Orthodox Haredi tradition, nor Liberal and Reform Jews nor the 50% of Britain’s Jewish population who are secular in orientation.

UK Jews are full citizens of this country and are impacted as everyone else by government social and economic policies. Yet Rabbi Mirvis’ Times article had nothing at all to say about any of the policy pronouncements in Labour’s comprehensive election manifesto. Nothing about its pledges to conquer child poverty, build a green economy, protect the NHS, renew our schools with a National Education Service, bring crucial services back into public ownership, and more. He is silent also on the impact of racism on Muslims and black people in British society. It is a dereliction of duty.

It is precisely under the Conservative governments since 2010 that all forms of racism have been on the rise, fed in particular by the chaos around Brexit. The Conservatives have given us austerity as an organising principle of government and as a result we have proliferating food banks, people sleeping and dying on our streets, our social care system on its knees, and local council budgets and services decimated.

So, Rabbi Mirvis, which party is threatening the soul of the nation?