From Wikispooks
(Redirected from Cenotaph)
Jump to navigation Jump to search

The Cenotaph is a war memorial situated on Whitehall in London. It began as a temporary structure erected for a peace parade following the end of the First World War but following an outpouring of national sentiment it was replaced in 1920 by a permanent structure and designated the United Kingdom's primary national war memorial.

A National Service of Remembrance is held at the site on Remembrance Sunday, the closest Sunday to 11 November (Armistice Day) each year. The service commemorates UK military war deaths only. It specifically excludes the civilian victims of war.

The word "Cenotaph" is of Greek origin. It's root meaning is loosely defined as "Empty Tomb". The UK Cenotaph is a national memorial dedicated military personnel who died whilst serving in the "British Empire" (later "Commonwealth") armed forces in wars and other conflicts since World War I. The focus of remembrance Sunday on military deaths only is controversial, especially so since it necessarily involves military parades which are all to easily interpreted as conflating remembrance with military glorification. There are those who feel that sack-cloth and ashes would be more appropriate attire than the bemedaled, dress-uniform splendour of its Royal and military General-Staff attendees.

The following by WWI decorated soldier and poet Siegfried (Mad Jack) Sassoon [1] is a moving encapsulation of a nagging and vaguely unsettling suspicion - in those who genuinely reflect on these things - that the overt military form of Remembrance Sunday is motivated by something other than genuine grief at the realities of war. 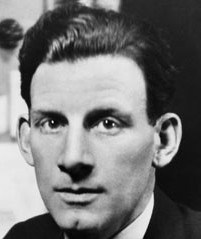 I saw the Prince of Darkness, with his Staff,
Standing bare-headed by the Cenotaph.
Unostentatious and respectful, there
He stood, and offered up the following prayer:

Make them forget, O Lord, what this Memorial
Means; their discredited ideas revive;
Breed new belief that War is purgatorial
Proof of the pride and power of being alive;
Men’s biologic urge to readjust
The Map of Europe, Lord of Hosts, increase;
Lift up their hearts in large destructive lust;
And crown their heads with blind vindictive Peace.

The Prince of Darkness to the Cenotaph
Bowed. As he walked away I heard him laugh.

Further information about the history, design, construction etc of the Cenotaph, and the nature of Remembrance Sunday at the following links: