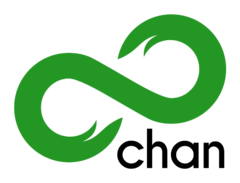 8kun, previously called 8chan, is an imageboard website composed of user-created message boards. An owner moderates each board, with minimal interaction from site administration. After going offline in August 2019, 8chan rebranded itself as 8kun and was relaunched in November 2019.[1]

8chan has been linked to white supremacism, neo-Nazism, the alt-right, racism and antisemitism, hate crimes, and multiple mass shootings, and is the home of QAnon's "ramshackle collection of conspiracy theories which is being circulated on-line."[2]

This page imported content from Wikipedia on 15 September 2021.
Wikipedia is not affiliated with Wikispooks.   Original page source here
Retrieved from "https://wikispooks.com/w/index.php?title=8chan&oldid=223808"
Categories: