The Met is a British documentary television series about London's Metropolitan Police Service (MPS), broadcast on BBC One. The series purports to show how Scotland Yard works from its head Bernard Hogan-Howe, the Commissioner of Police of the Metropolis, down to individual police officers.[1]

The Met is produced by BBC Documentaries who have previously made Our War, an award-winning series about British soldiers in Afghanistan, and Protecting Our Children, about social services.[2][3]

The five-part series The Met was 18 months in the making. Four BBC teams were given open access to the force's units, other than counter-terrorism for security reasons and royal and diplomatic protection on privacy grounds. The documentary follows the officers of Britain's biggest and busiest police service as they deal with life, death, crime and its victims, all across the capital.[4]

After The Met's first episode was broadcast on Monday 8 June 2015, The Guardian described it as ambitious, fascinating, fair, important television.[5]

Charlotte Moore, the controller of BBC One, announced the series on 23 October 2013.[6][7] She called it the "first ever definitive portrait of the Met" and said documentaries like The Met were "at the heart of BBC One's remit". The series was made by BBC Documentaries and consists of five hour-long episodes.[8]

Bernard Hogan-Howe, the head of London's MPS, said he was delighted to be working with the BBC and also said:

I hope that over the coming months, we can reveal the true scale and complexity of the challenges faced by officers and staff across the service as they meet the demands of modern policing—and at a time when we are going through a period of unprecedented change. I am proud of the Met. I hope this documentary helps the people of London learn more about policing and be proud of us too.

Puff piece for the Met 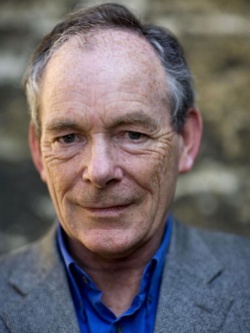 On 5 June 2015, Simon Jenkins of The Guardian attended the press viewing of The Met's first episode in the presence of Sir Bernard Hogan-Howe and reported that a BBC official said how “privileged we felt” to be given access to the great man, and hoped the film “will not seem a puff piece for the Met”:

"I caught a twitch of a smile on Hogan-Howe’s face. 'I don’t want this to seem shroud waving,' he said, and then coolly pointed out he had endured a 20% cut in his budget and now faced the same again."

The Met is not “fly-on-the-wall” television in the style of the pioneering 1982 Thames Valley series, Police, or of more recent glimpses inside submarines, fire brigades, ambulances, Heathrow and Great Ormond Street. These left cameras running “at the front line” and edited the product. The Met is a documentary with interviews, conducted after the police shot Mark Duggan in Tottenham in 2011, and after the subsequent inquest verdict of “lawful killing”. There is no question, the Duggan affair was highly embarrassing for the police, exacerbated by subsequent riots across the capital. It was made worse by the jury’s inexplicable verdict, that Duggan was not holding a gun yet could lawfully be shot.

But that was last year. By then Hogan-Howe had arrived at the Met, and had time to get his ducks in a row. He was clearly determined that the film should reflect his carefully orchestrated handling of the outcome. He also was confident in his co-star, the glamorous and articulate head of the Haringey force, Victor Olisa. Together they played a blinder. The police come over as universally sensitive. There is no whiff of what gave rise to the saga, no sign of the officers present at Duggan’s killing or why they were armed. We get no idea what steps the force made to investigate the incident, or to remedy mistakes. All we get is deep agonising over the aftermath. Meanwhile the Duggan family and the “local community” are mostly portrayed as ranting militants and left-wing extremists. The film ends with the Met in a cloud of glory, successfully policing last year’s Brixton Splash festival.

It really is a puff.

Challenged on whether the film showed the Met as “institutionally racist”, Hogan-Howe wisely declined to answer, except to agree that what matters is “that others think so”.[10]

This page imported content from Wikipedia on 8 June 2015.
Wikipedia is not affiliated with Wikispooks.   Original page source here
Retrieved from "https://wikispooks.com/w/index.php?title=The_Met&oldid=206287"
Categories: