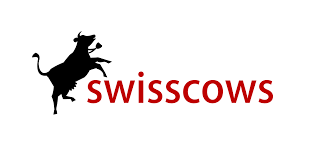 Swisscows is a Swiss-based web search engine launched in 2014, which claims not keep track of the searches carried out on its site. It does however use Microsoft Bing for web search, limiting its use for independent research.

Swisscows is a project of Hulbee AG, a company based in Egnach, Switzerland.[1][2] It uses semantic data recognition that give faster "answers" to queries and claims to not store users' data.[3][4][5] Swisscows also deems itself "family-friendly", with explicit results entirely omitted.[3][6][7] The engine's servers are based in underground data centers under the Swiss Alps, and geographically outside of EU and US.[8]

Swisscows uses Bing for web search, but has also built its own index for the German language edition.[9][7] It also has shopping search, music search (powered by SoundCloud), and a language translator powered by Yandex. It does not index pornography and sexual content.[10]

Swisscows was founded in 2014 by Andreas Wiebe.[7]

As of 2018, there were 20 million monthly search queries, according to Hulbee CEO, Andreas Wiebe.[11]

In January 2021, the company launched TeleGuard, a messaging app that intends to focus on privacy and data protection.[12] It also has a VPN service.[10]