From Wikispooks
< 9-11(Redirected from Joint Inquiry into Intelligence Community Activities before and after the Terrorist Attacks of September 11, 2001)
Jump to navigation Jump to search 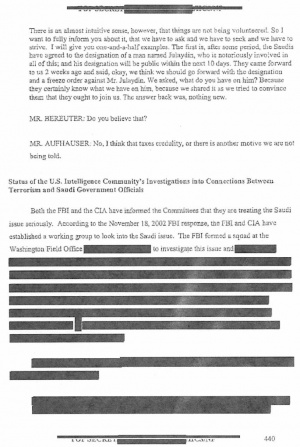